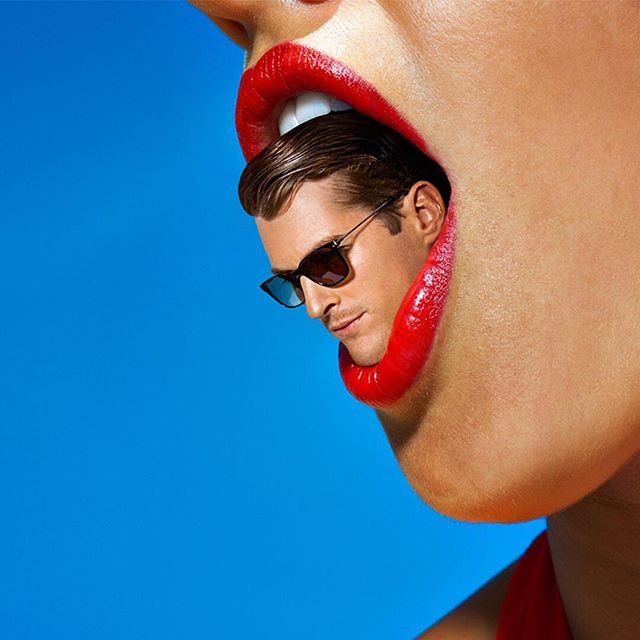 Three weeks ago, Suit Supply teased their new ad campaign “Toy Boys” with an odd picture of a model’s sunglasses clad head peaking out from a woman’s mouth.  Seemed pretty funny and odd, just like the very effective Old Spice commercials.  However, this was completely wrong.  9 hours ago, they started unveiling their latest ad campaign on Instagram.  And it is terrible, not to mention very NSFW.

Judging from the campaign title, you would probably think that it would be more akin to women playing with small men in a doll like fashion.  I envisioned more of a “dress up” situation.  I couldn’t be more wrong.

According to the company, its supposed to represent men in a women’s world.  They say that women hold the power and that this power makes men feel dwarfed.  However, the actual images could not be farther than the truth.   Instead of powerful women playing with well dressed “Toy Boys”, it seems that these small men are simply playing with the women, who are treated more like sexual furniture.  Women dominated world, indeed.

Just look at these images, directly pulled from Instagram.  Remember, this is NSFW.  You have been warned.

The work is both a combination of vulgarity and terrible craft work.  It looks like a 13-year-old boy had some fun with photoshop and created these badly layered images.  It was quite the surprise for these images to pop up on my Instagram feed.

This one in particular is terrible.  People have been citing racism and sexism on this image repeatedly.

More shots are found here.  Also, here’s the Behind-The-Scenes video of the shoot, if you’re wondering how they did it.

Now Suit Supply has been caught pulling similar stunts before.   One involved men in suits and pretty-much-naked women in sex positions. This campaign was taken down off their facebook page but remained on the website.  I found an older image where it appears to be a naked woman bowing before a suited man.   The more recent controversy on involved a summer shoot with men standing among bikini clad women.  When visiting the site, you had the option of looking at an uncensored version which displayed the women topless instead.  Suit Supply, are you sure women hold power?

I’m particularly disappointed in this brand because I love their product.  It’s expertly made and is the best way to get an Italian inspired suit without spending thousands of dollars.  On the internet, many guys suggest suitsupply as the prime destination for their suits.  However, thanks to this new campaign, these images will parade the website until the next season.

Perhaps this is Suit Supply’s way of bolstering traffic and press.  Most of the comments on their IG pictures are in uproar against this new campaign. Men and women both wonder how in the world does this campaign influence them to buy their product.  Count me in on that party.  One woman cites that the Suit Supply ad problem isn’t just located on IG; in Amsterdam, these ads are prevalent.   Its unfortunate that this campaign will most likely ramp up views, likes, and shares for both their Instagram and website.

Why can’t Suit Supply use other methods of advertising?  When I first went on the site a few years ago, they had exquisite photography by Alex Crawford, which displayed their models in front of amazing paintings. 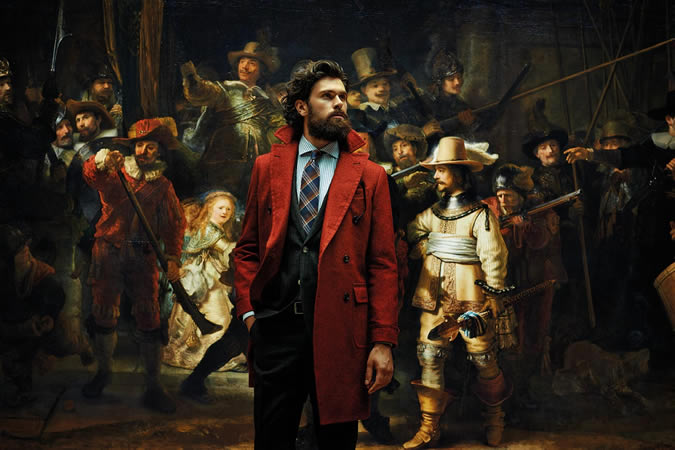 Even their last campaign, “A Night Out”, featured both women and men, well dressed and having a fun time.   Its worth noting that this previous campaign headlined a well dressed POC model.  The same can’t be said for “Toy Boys”, at least for the gentlemen.

I am not sure what the goal of this strategy was.  Maybe controversy was the main plan.  Maybe this was a creative view gone wrong.  Either way, this campaign is just another way of using sex appeal to sell clothes, with a side serving of sexism, vulgarity, and perhaps a touch of racism.  Even if the Netherlands don’t celebrate Black History Month, I don’t think its okay for them to post tiny men in suits sliding down the exposed breasts of a black woman.  Certainly there are better ways of advertising suits.

EDIT:  After thinking about it, I think the main problem that I have with this is that its entirely nonsensical.  How in the world does this sell suits?  The products aren’t highlighted and have no correlation to the overall theme of Suit Supply.  The photography is bad and the editing and composting is  terrible. I see no way how this would influence me to buy one of their products.  If controversy is really the point of this campaign, I’m sorely disappointing in Suit Supply. A  good campaign doesn’t need to rely on that (or be like an outdated 90’s Sex-filled Chanel commercial) to be successful.   Now the website remains NSFW, which means guys can’t purchase these products with at work or (in some cases) in public.

What do you guys think?  Is this creative or horrible?  Let me know by commenting below.

Street x Sprezza does not own the pictures in this artcile.