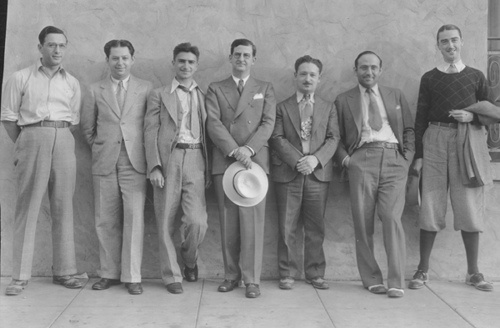 As I’ve admitted many times before, I have not always dressed well.  In fact, it took me halfway into my first year at college for me to start wearing button up shirts (that didn’t fit).  What inspired me to dress well was looking at the guys on campus who looked like I wanted to look.  They walked around with confidence, each having their unique outfit that made them special.  I was jealous! I craved to the ability to look good and not just wear shorts and a tee everyday.  Eventually I realized that I should stop wanting to dress like them; I should just do it.

This mentality of actively dressing like who you want to dress like is the key to developing your personal style.  Personal style isn’t something that comes naturally; its something that is learned and experimented with.  By treating menswear like a science, you’ll be able to see what works and what doesn’t.  For example, I was inspired to start wearing suits after watching Skyfall and but I wasn’t able to do it right on my own.  Instead of just staying with what I thought was “right”, I began to look at how other guys wore suits.  In the end, I learned copious amounts of information that helped me get to where I got to today.  But information can only go so far; you also need to look at actual people.

Having multiple style icons in your life is important because it exposes you to a lot of different ways to wear clothes.  Heck, I wouldn’t have ever tried to wear sneakers with my suit until I saw Minn Hurr wear Nikes with his epic double breasted suits!  Your style icons are there to try on the clothes so you don’t have to.  By looking at their outfits, you’ll able to see what aesthetics you like!  Of course, they won’t be perfect every time, but that’s why they’re wearing the clothes, not you.  But when they do have an outfit you like, you shouldn’t copy it.

Instead, try putting your own spin on that outfit!  Or combine parts of what you like from two different guys!  If you simply copy what other people are wearing, you’re not learning anything; its like you’re tracing the artwork.  Style is all about exuding the look you want for yourself in your own way.  If you want to be classy, get inspiration from classy guys!  If you like that grunge look, look at guys in grunge.  Always have a variety of style inspirations!  That way you’ll always have endless possibilities to pick from and a goal to aspire to be everyday. Personally, I look to other guys in the fashion blogging/bespoke industry for inspiration.  Here are a few of my favourites! 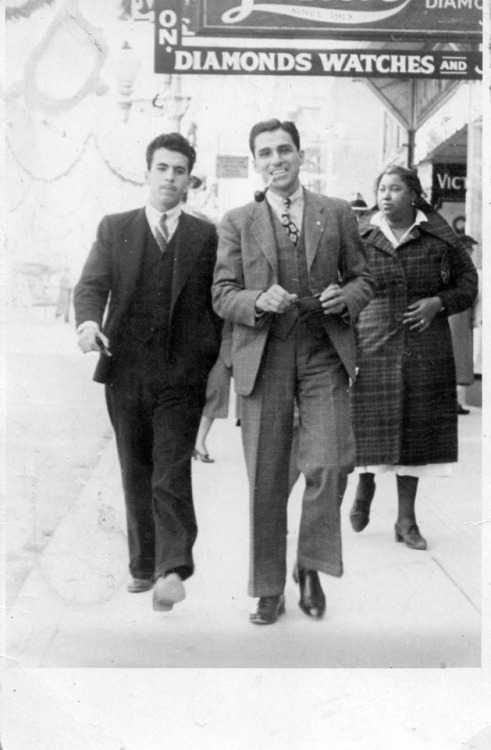 Normal guys in the 30s, walking around

Nothing like looking to the oldies for guidance.  GoldenEraSuits is a tumblr run by Florian, one of the guys in the vintage community,  His tumblr is all about reblogging pictures from the 1920s-1940s, whether its real life pictures of normal guys or hand drawn menswear advertisements.  I heavily recommend this site for those of you who are interested in vintage or getting inspiration for vintage-esque outfits.  If you want a particular person, I look up to Fred Astair and Clark Gable for style inspiration. 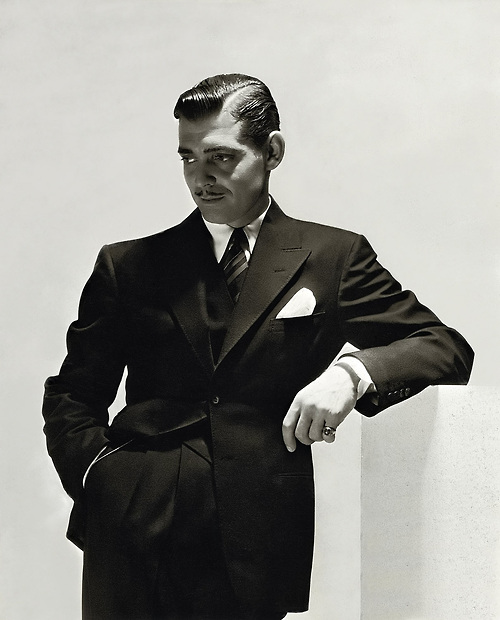 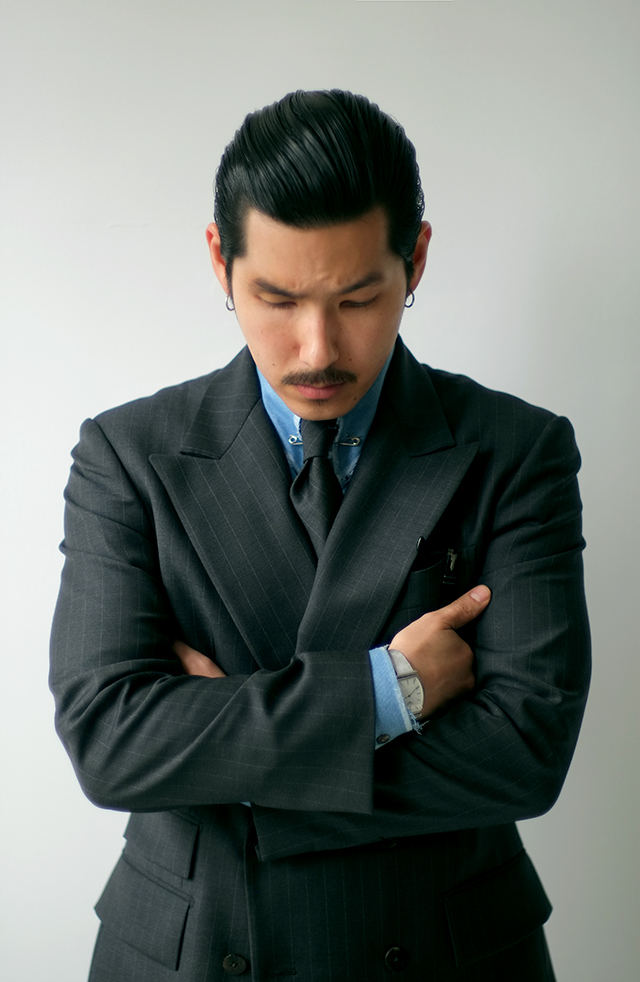 He is the man behind the great brand of HVRMINN.  Based in New York, Mr. Hurr was inspired by the classic tailoring of the 1920s-40s and great gangster flicks like Goodfellas.  As result, his line of suits and coats have that old school elegance.  His instagram is filled with his own double breasted suits and spearpoint collar.  What I like about his style is that its so elegant, sharp, and dangerous.  The rest of his team, Paul Vang and Kevin Wang also dress to the nines in their Asian gangster aesthetic.  The aura of “dangerous yet casual” is something I aspire to exude in my own style. 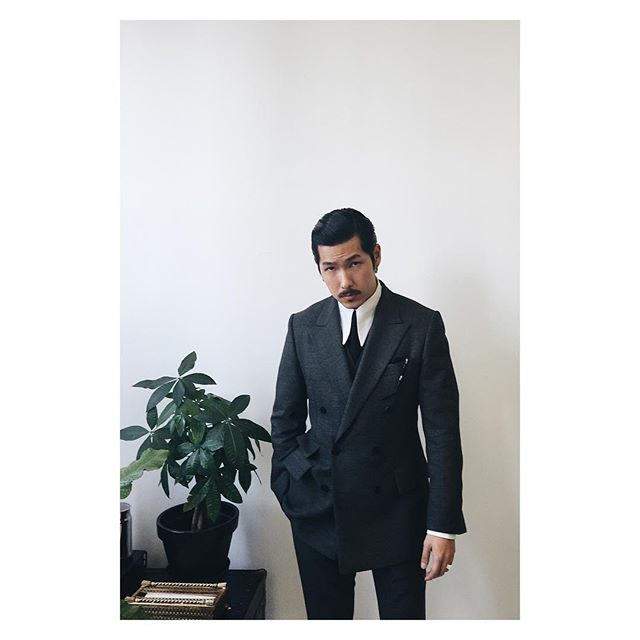 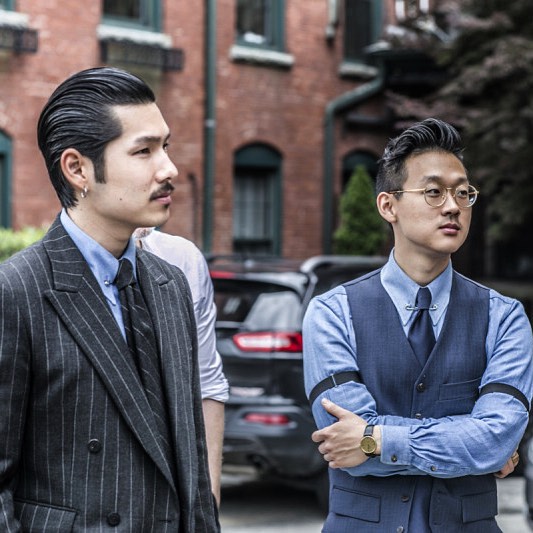 Minn Hur and Paul Kang, looking dapper as ever.  Check out the arm garters on Mr. Kang! 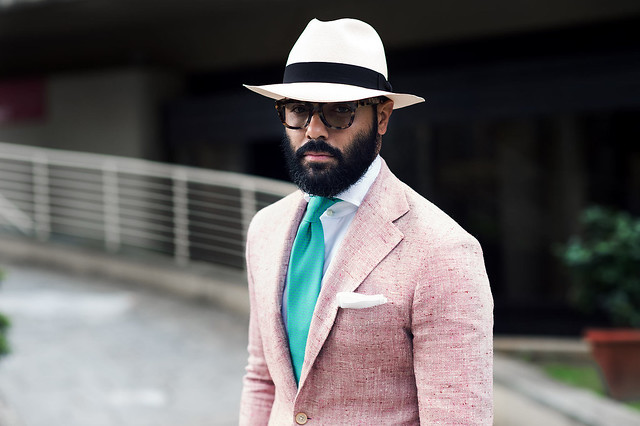 Angel is the sprezziest man alive.  He rocks his bespoke (of his own design) jackets and suits while cultivating an aura of casual yet dressy.  The passion that Mr. Ramos has for his art and his desire to see others looking good is an inspiration for my life.  He designs shirts, jackets, and suits that only enhance the wearer.  As such, he wears his own brand, showing off his expertly crafted jackets.  My favourite part about His style specifically is that he rocks the open collar look.  Most guys would look like a businessman at a convention with a blazer and open collar, but not Angel.  The secret is in his bespoke shirts which have an intense collar that stands up no matter what.  With out a tie, Angel Ramos dominates the menswear world and has become an icon.  Some athletes even got some suits from him to wear at the ESPYs! 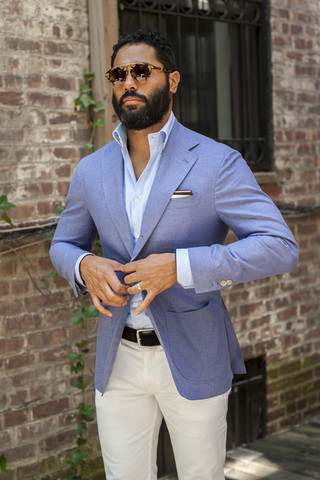 Angel and his power collar. 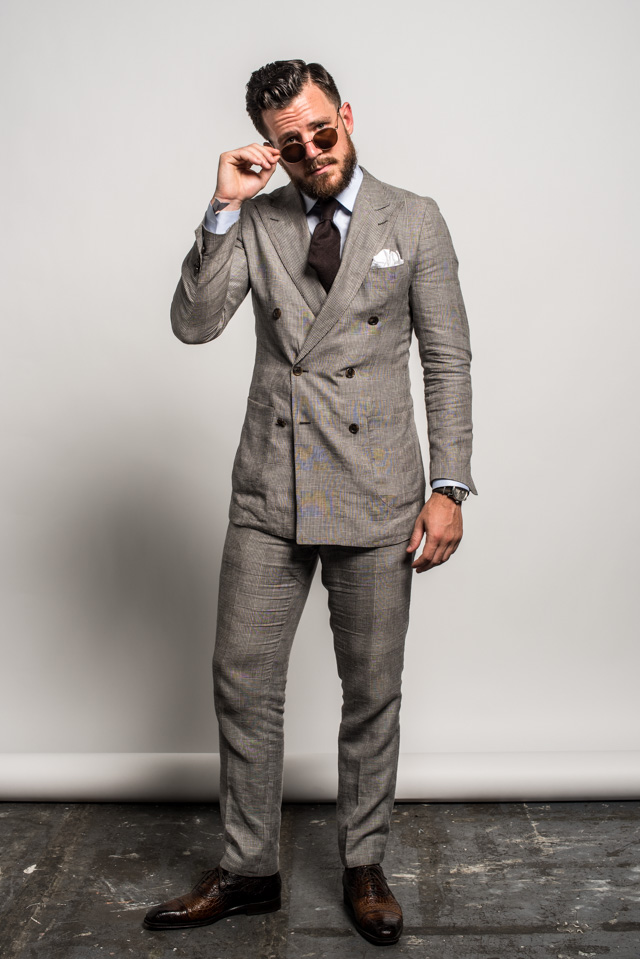 Dan’s the big man.  Mr. Trepanier was named Esquire’s Best Dressed Real Man in 2009 and since then has been the head of my favourite fashion blog:  Articles of Style.  I love Dan the best because he has more than one style to his name.  Some days he’ll be in a custom three piece suit and some days he rocks a tee and tailored pants (a perhaps a vintage fedora).  Dan is not only my style inspiration but a life inspiration.  He has turned his interests into an actual business, running a blog that is aimed toward educating men all around the world on how to dress well.  Dan’s blog has also featured different dressers with different backgrounds, showing us that dressing well isn’t just for the rich or for the fashion designers, but for the everyday man.  I seriously suggest checking out his blog because he is the most down to earth guy I’ve ever met.  Mr. Trepanier is truly dedicated to his craft and to  making the world of menswear tangible to everyone. 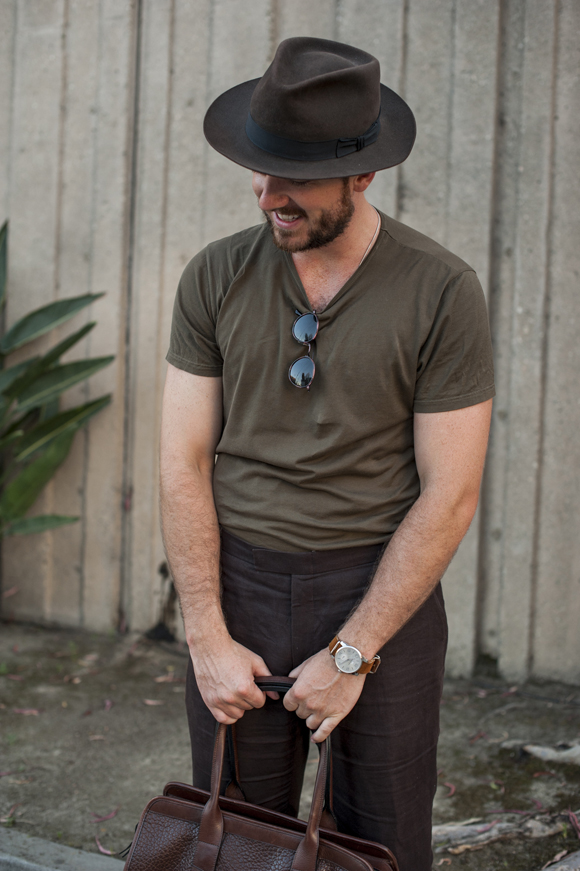 Dan rocking his casually tailored look; its something I’ve been trying out myself. 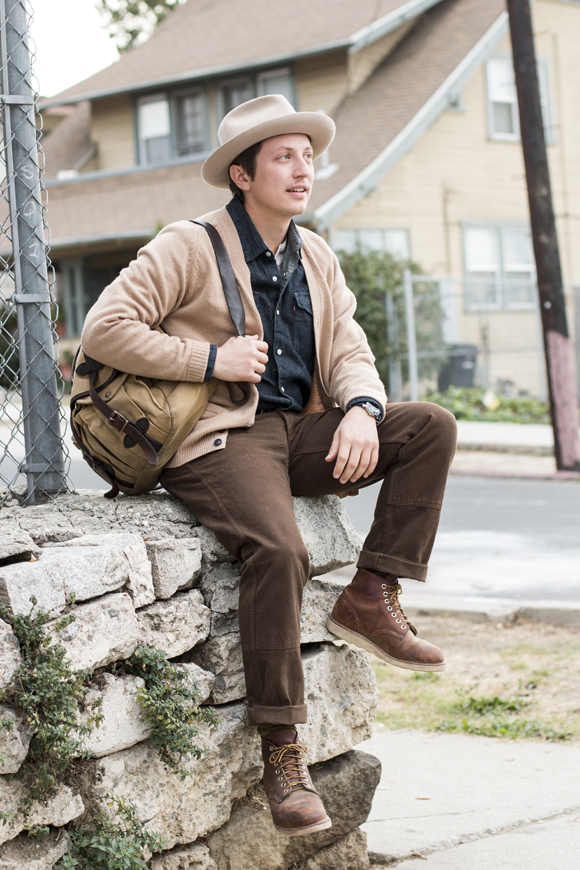 The rest of Dan’s team at Articles of Style also dress extremely well!  This is his photographer Alex, rocking some country vibes.  When I met Alex, the first thing he said to me was “dude that jacket is F***ing sick”.  Everyone that Dan surrounds himself with is a true fan of menswear and above all very supportive of individual style.  They’re the ones who inspired me to even create this blog, just to get my own ideas out there!

These are my main style inspirations.  If you look at my style, you can definitely see some elements of theirs, but it is my own interpretation.  Obviously, I’d like you to check these guys out.  They have great style and fantastic quotes that truly inspired me.  However, I also encourage you to look through instagram or tumblr to find a few accounts that you personally like, study their style and ideas, and then apply it to yourself.  You’re not going to get anywhere by staying static; you need to expose yourself to new ideas you can develop your own!  Crafting your personal image is about building and inspiration.  It won’t come instantly.

So who are your style inspirations?  Who do you look up to?  Do you have a particular style? Or do you mix it up?  Let us know by commenting below!

*None of the above pictures are owned by Street x Sprezza