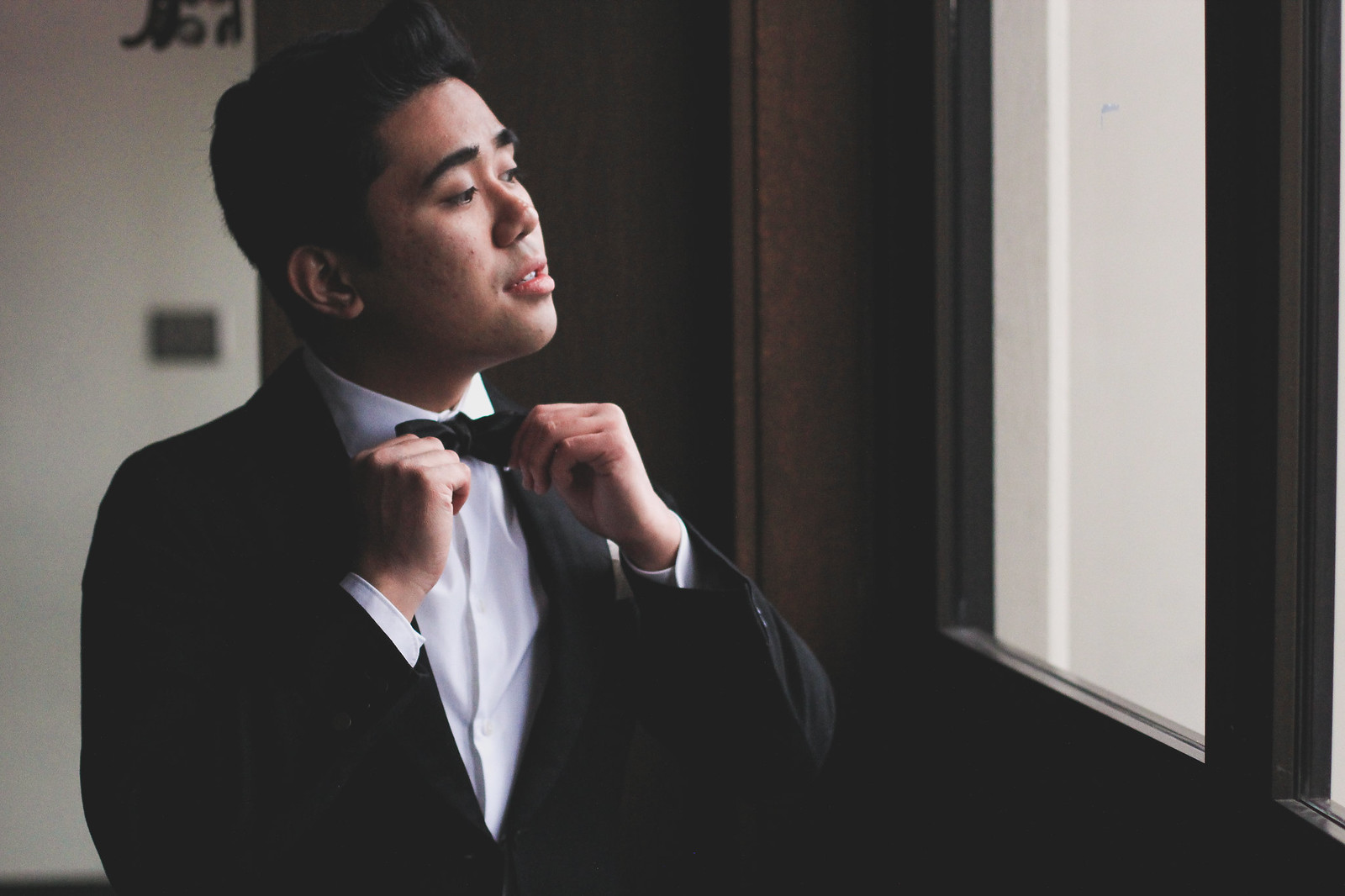 The Christmas season is over and it’s time to ring in the New Year with an awesome outfit. Sure you could go smart casual and pair a blazer with some jeans, but this isn’t an ordinary event. It’s a time to celebrate the upcoming year with new possibilities, new experiences, and a damn good outfit. Here’s some inspiration from some familiar gents for your own New Year’s Eve looks!

Suiting Up with Adam 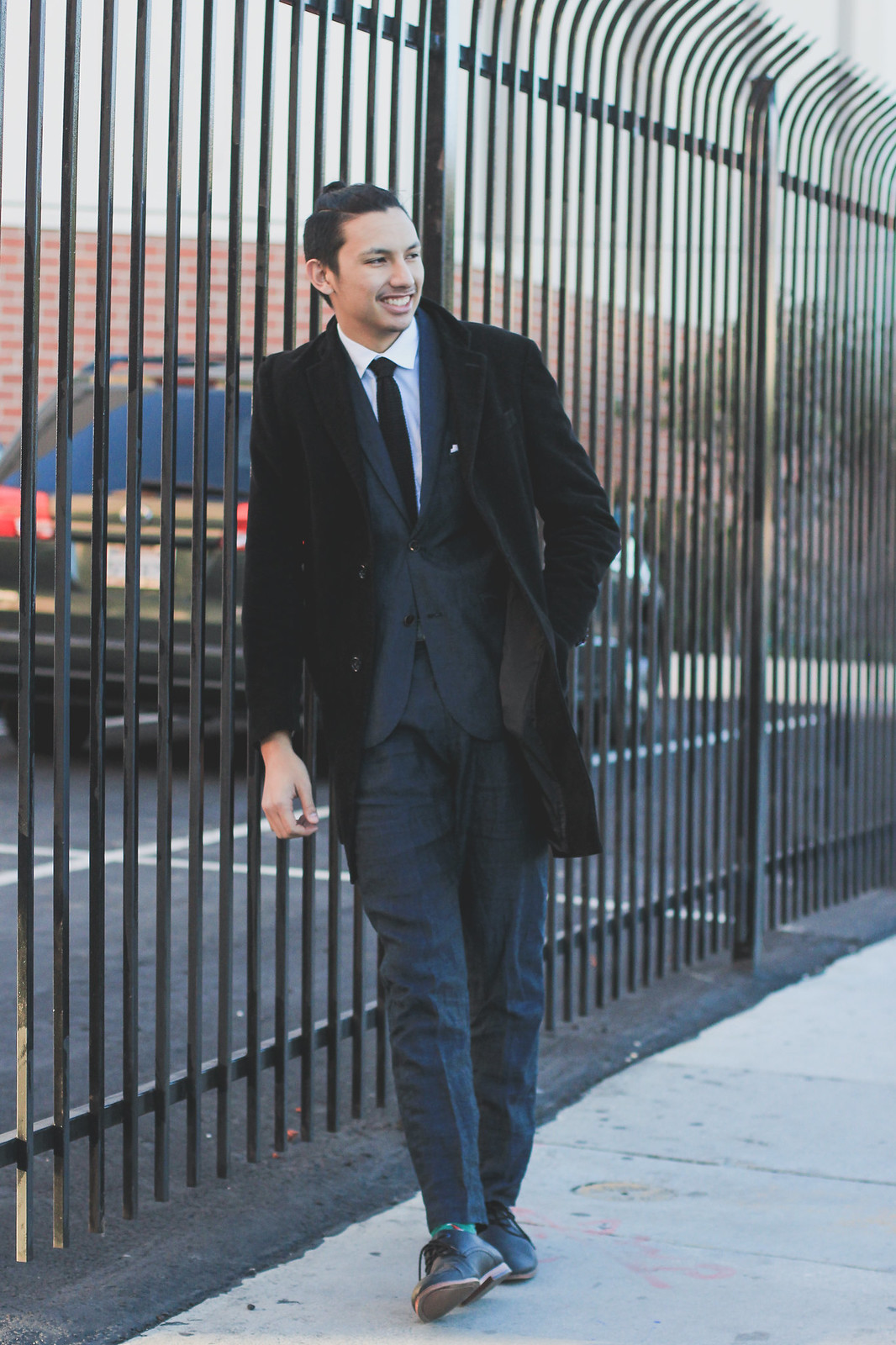 It’s okay if you don’t have a tuxedo; a dark blue suit is a great way to get that formality down. Combine that with a white shirt and a knit black tie, you’re ready to hit any party you’ve got goin’ on that evening. If you need an extra layer due to rain or cold weather, a black moleskin topcoat will keep you warm and sleek. People might argue that a camel coat or a charcoal grey would be better, but I say nay; a black coat will match the tie well. Just remember to have black shoes! 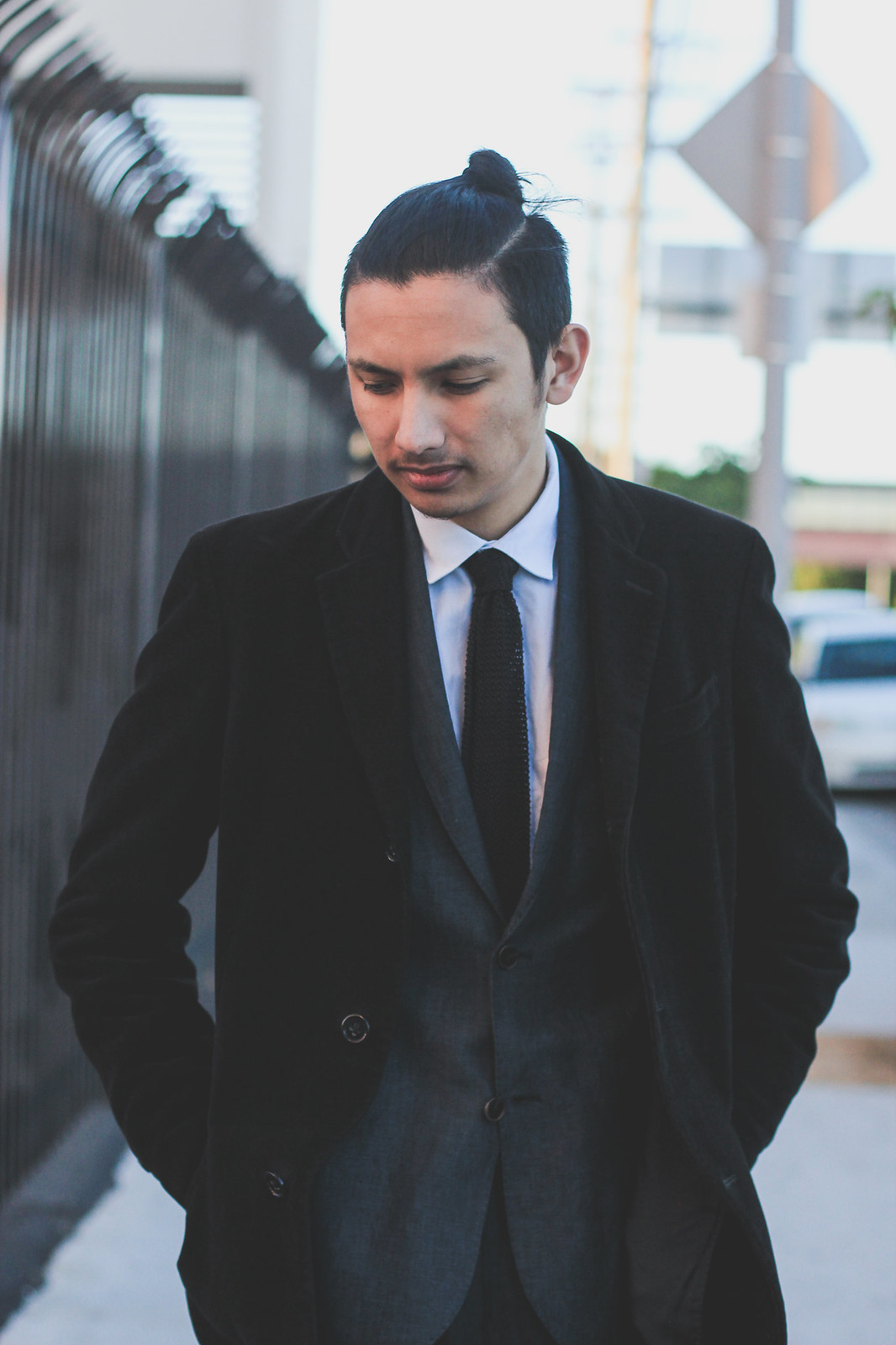 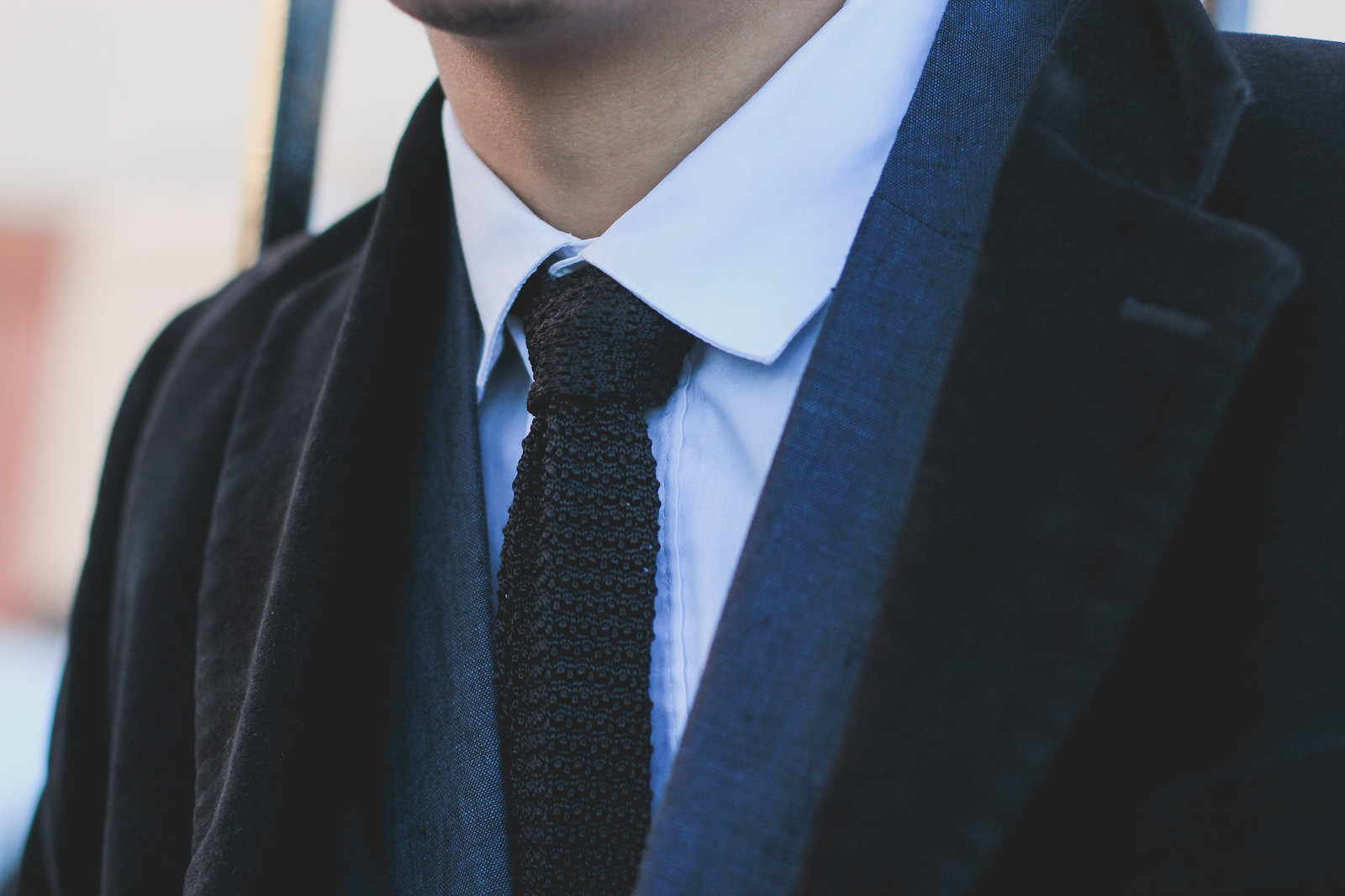 If you’re afraid of looking too boring, pick a suit with some texture. Adam’s suit is 100% linen which might be counterproductive for the winter weather, but makes perfect sense in a crowded room. It adds functionality to let his body breathe and some texture to elevate his suit above the rest of the guys in the room. Additionally, keep the texture going with that knit tie. Leave those plain silk ties at home. You’re not a kid going to prom anymore. 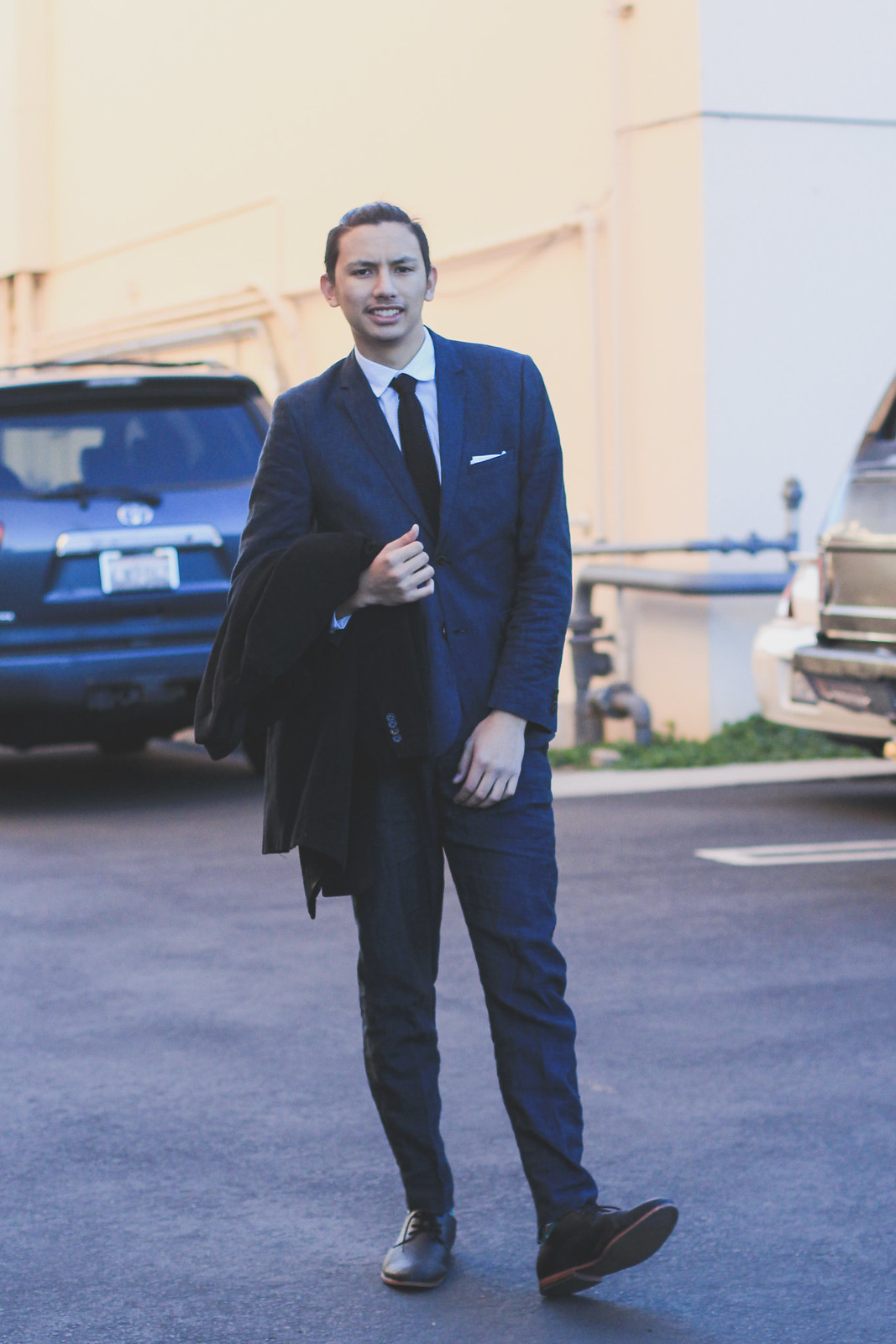 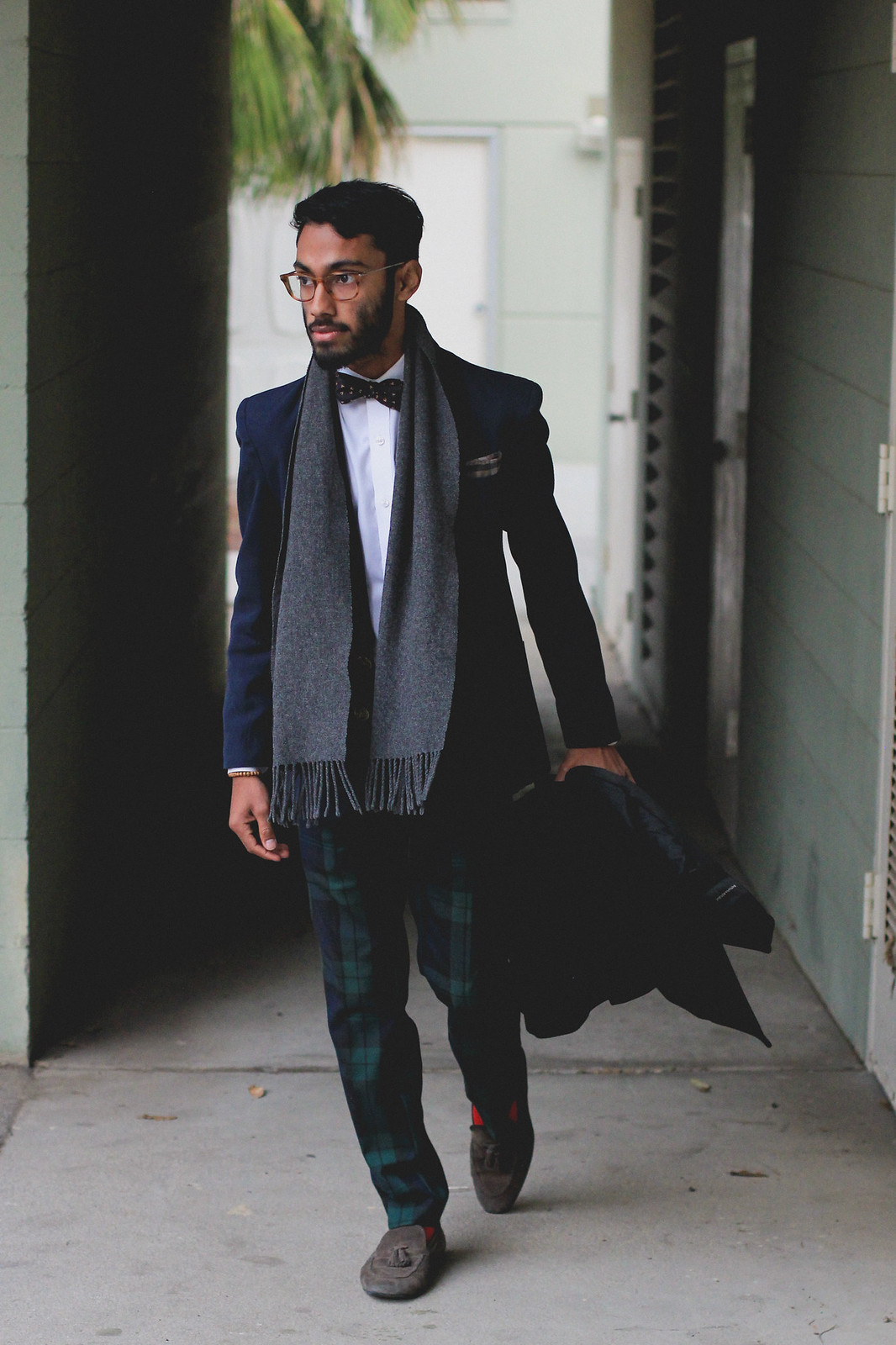 Most people assume that separates can’t look as formal as a full suit, but Raj proves that wrong. He keeps the top half simple, with a 1950’s vintage bowtie and 1970’s blazer. Then he brings out the big guns with green tartan pants and his signature tassel loafers. Might be a little Christmas-y, but it looks absolutely slick. Why go with something conservative when you can express some personality and creativity with your look? 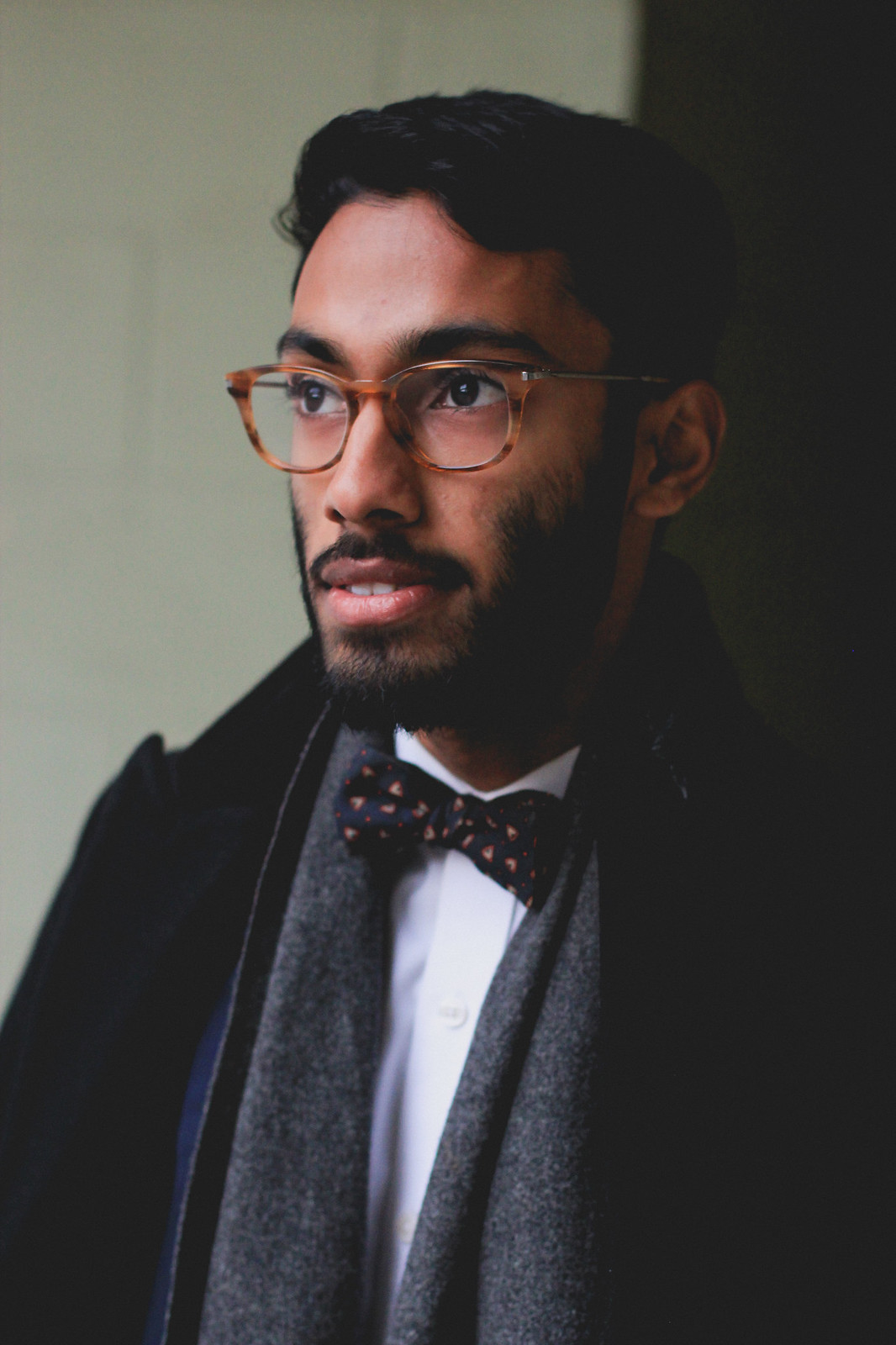 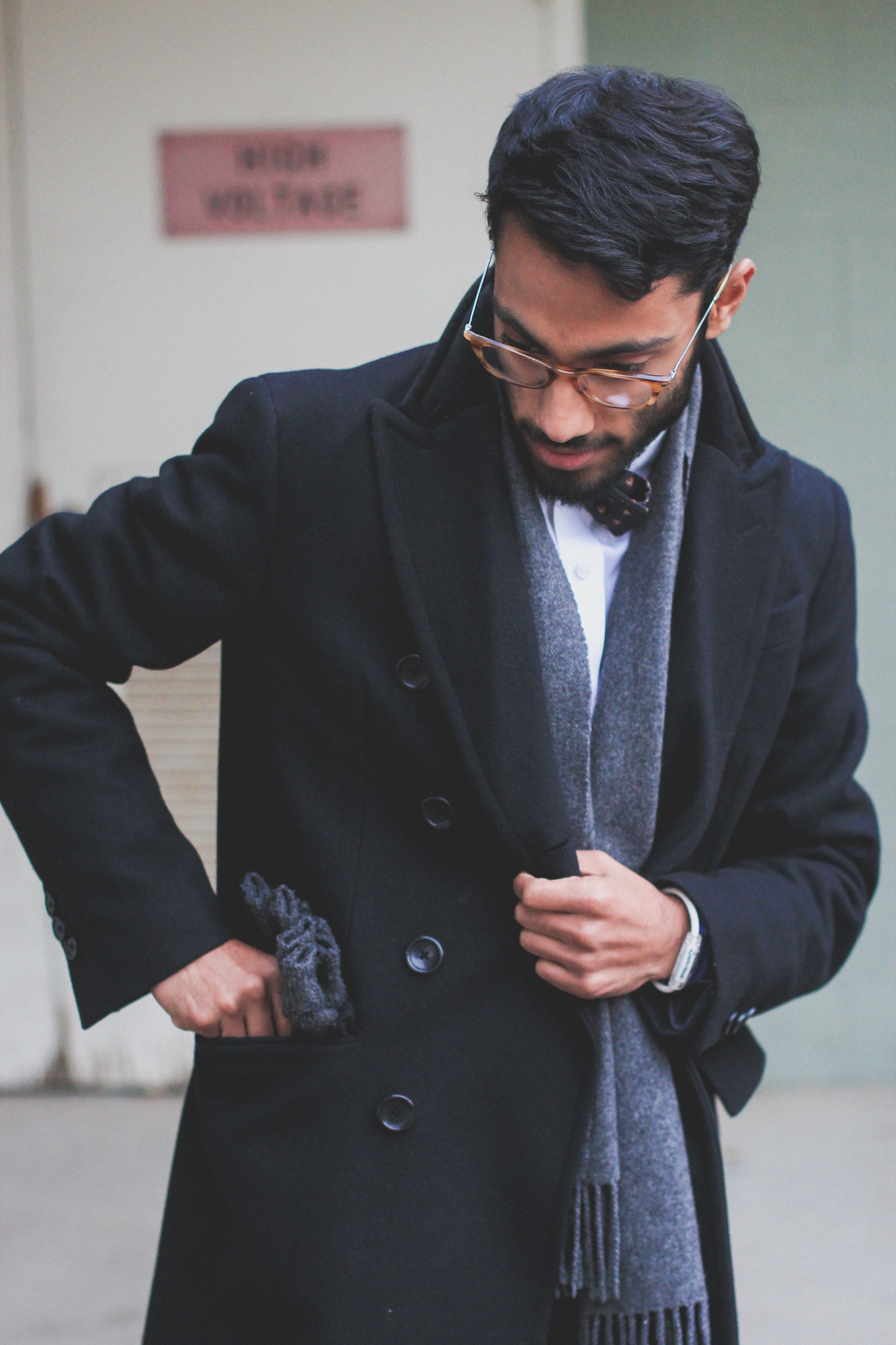 Are you getting the idea yet? Overcoats are awesome. Rajesh’s double breasted chesterfield coat is also from Banana Republic and adds that extra layer of warmth that still looks classy. If you don’t know, a chesterfield coat is a coat that has the black velvet part on the top half of the coat lapel. While overcoats can go with almost any outfit, I believe the velvet collar reserves this coat to be used for formal engagements. The fact that it’s black also adds to its formality and provides a grounding tool for Rajesh’s outfit. With the coat on, you still get to see his print bowtie and tartan pants, so it’s still a plus! Perfect if you want to step outside in the cold for that New Year’s Kiss. 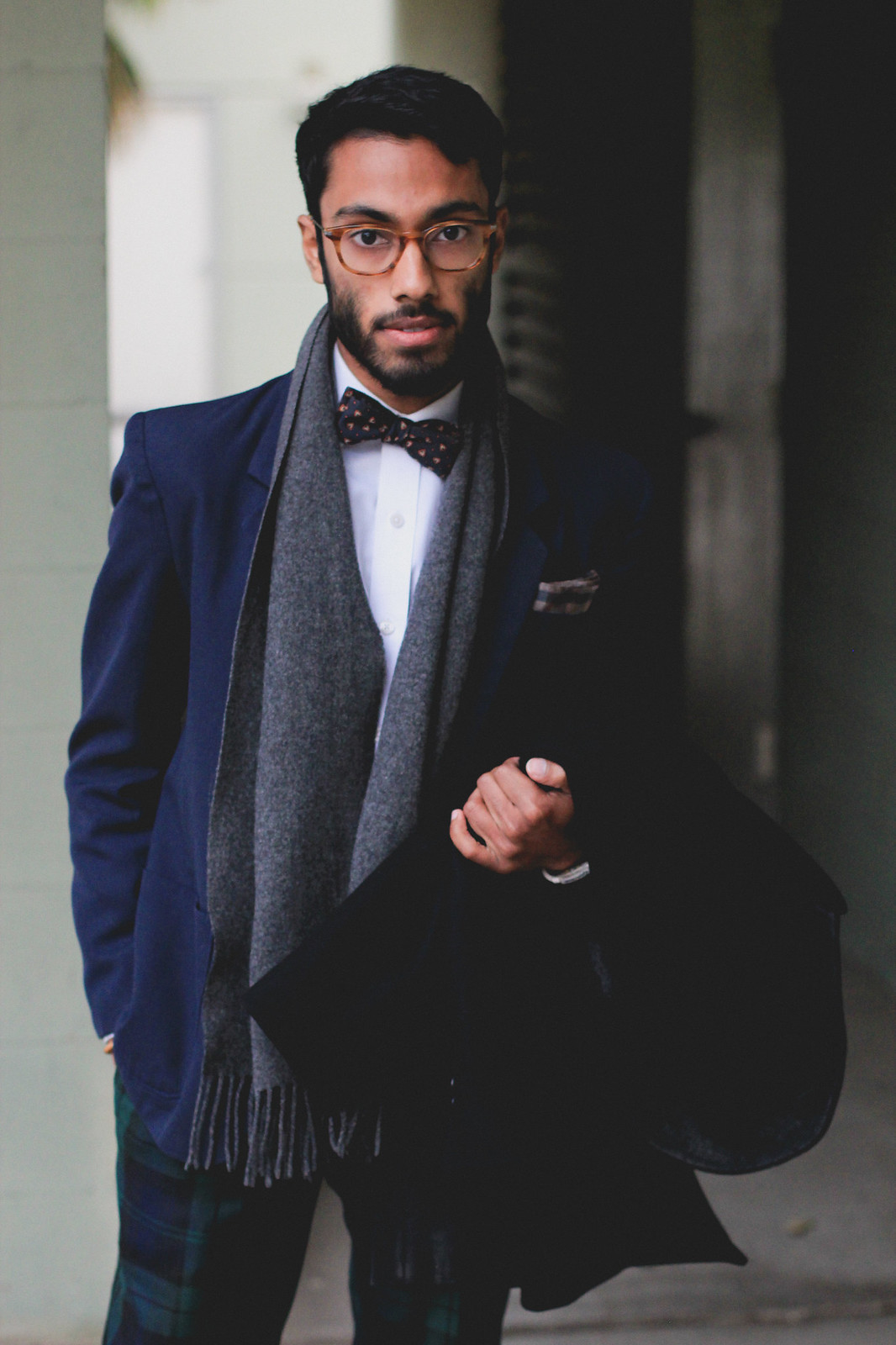 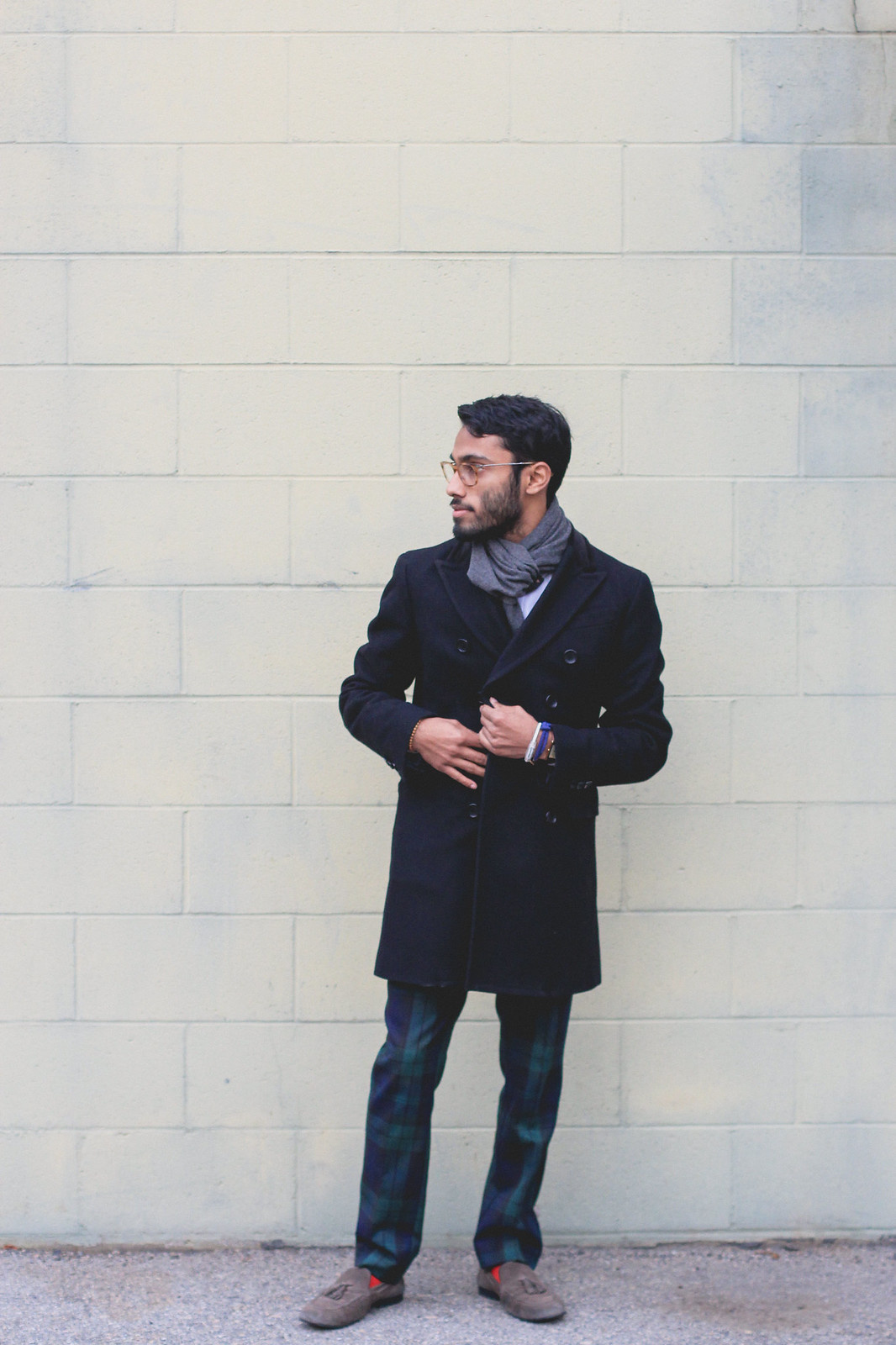 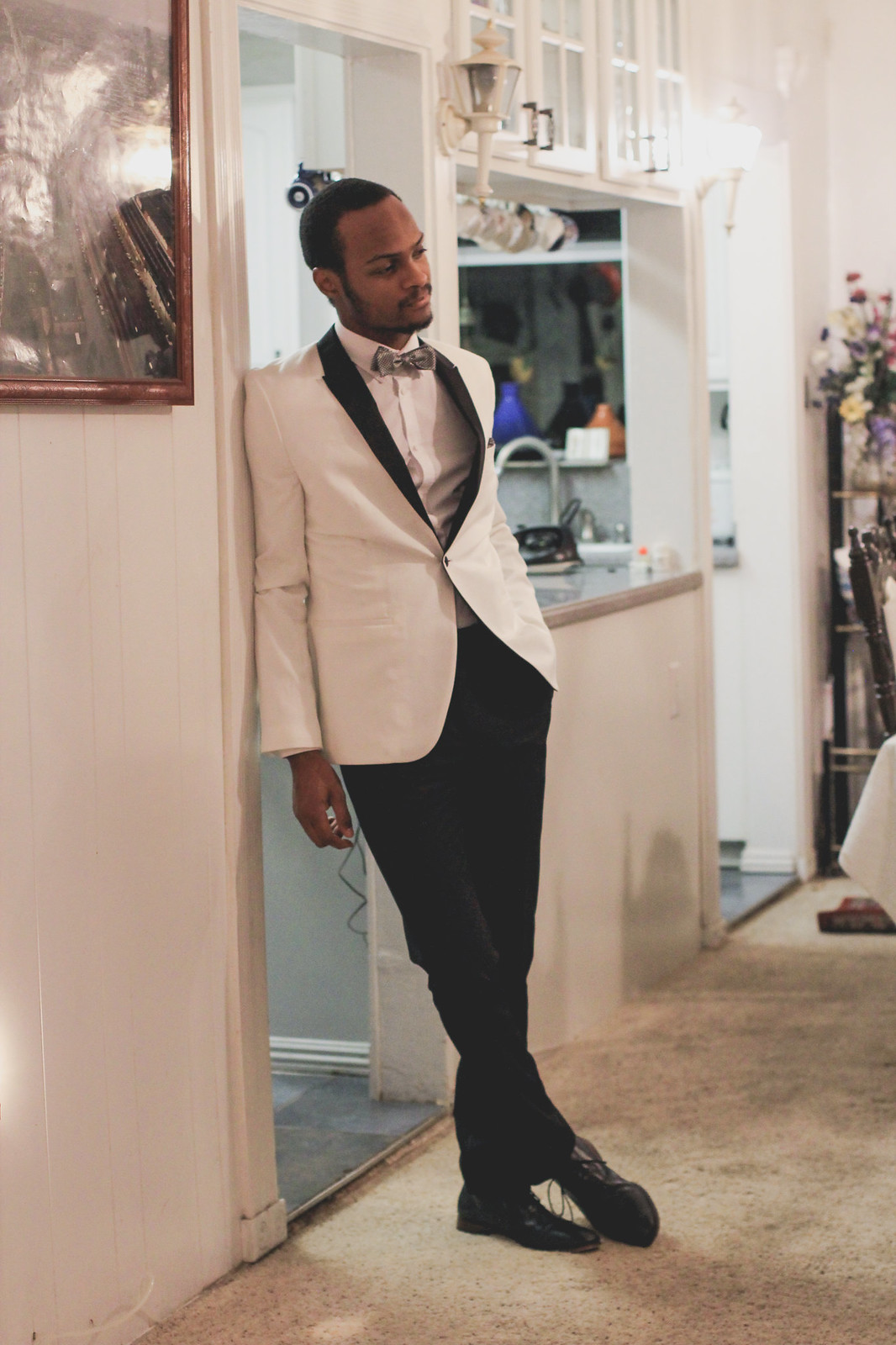 White dinner jackets have always been a signature piece of formal wear ever since Humphrey Bogart wore one in Casablanca. If you’re going to wear one, remember to only wear the jacket. A full white tuxedo is tacky; even Bond only wore the jacket. Follow their example and match with a pair of black tuxedo pants instead! Ian knows that cardinal rule and puts his own twist on this formal dinner outfit. 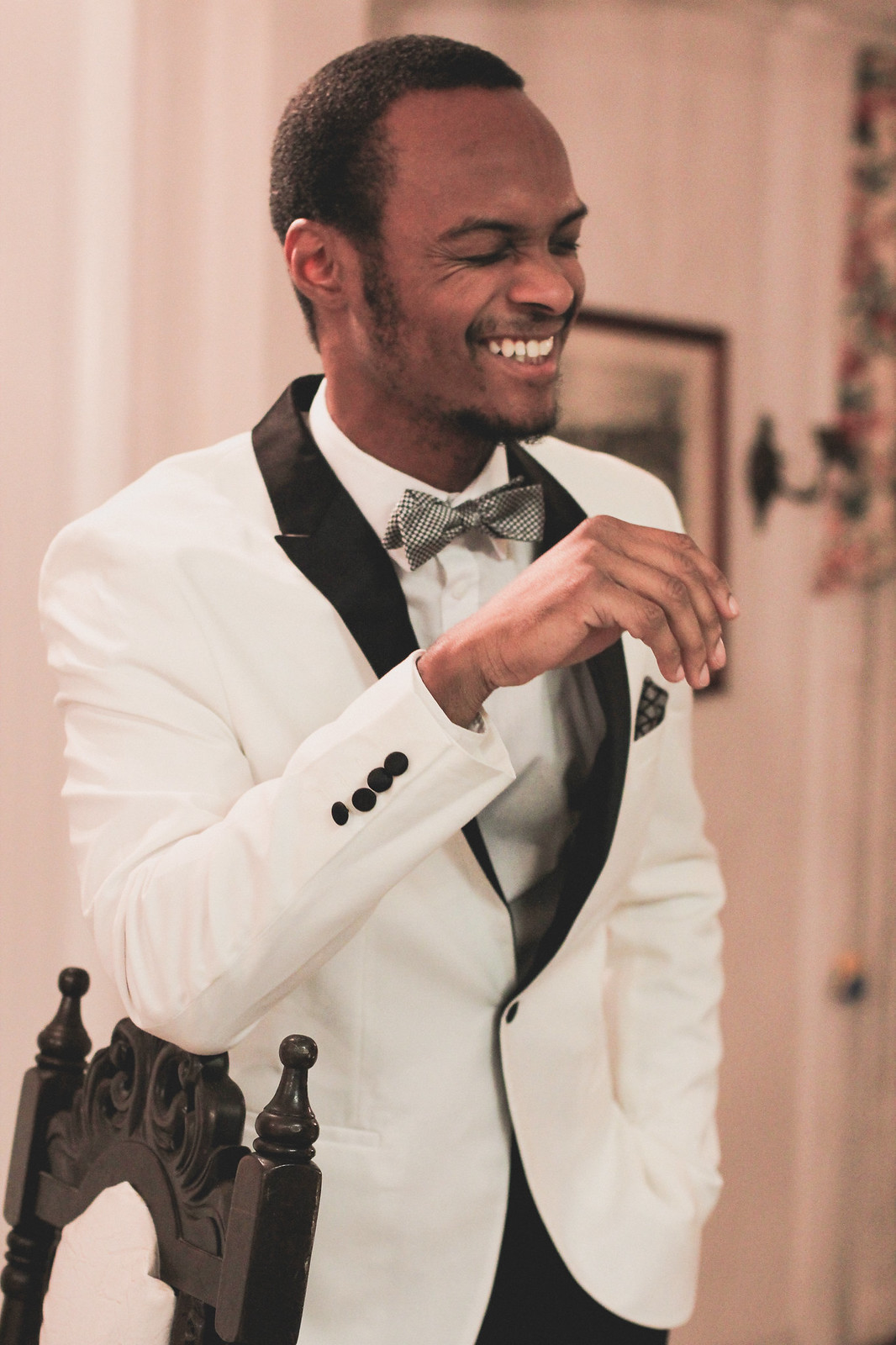 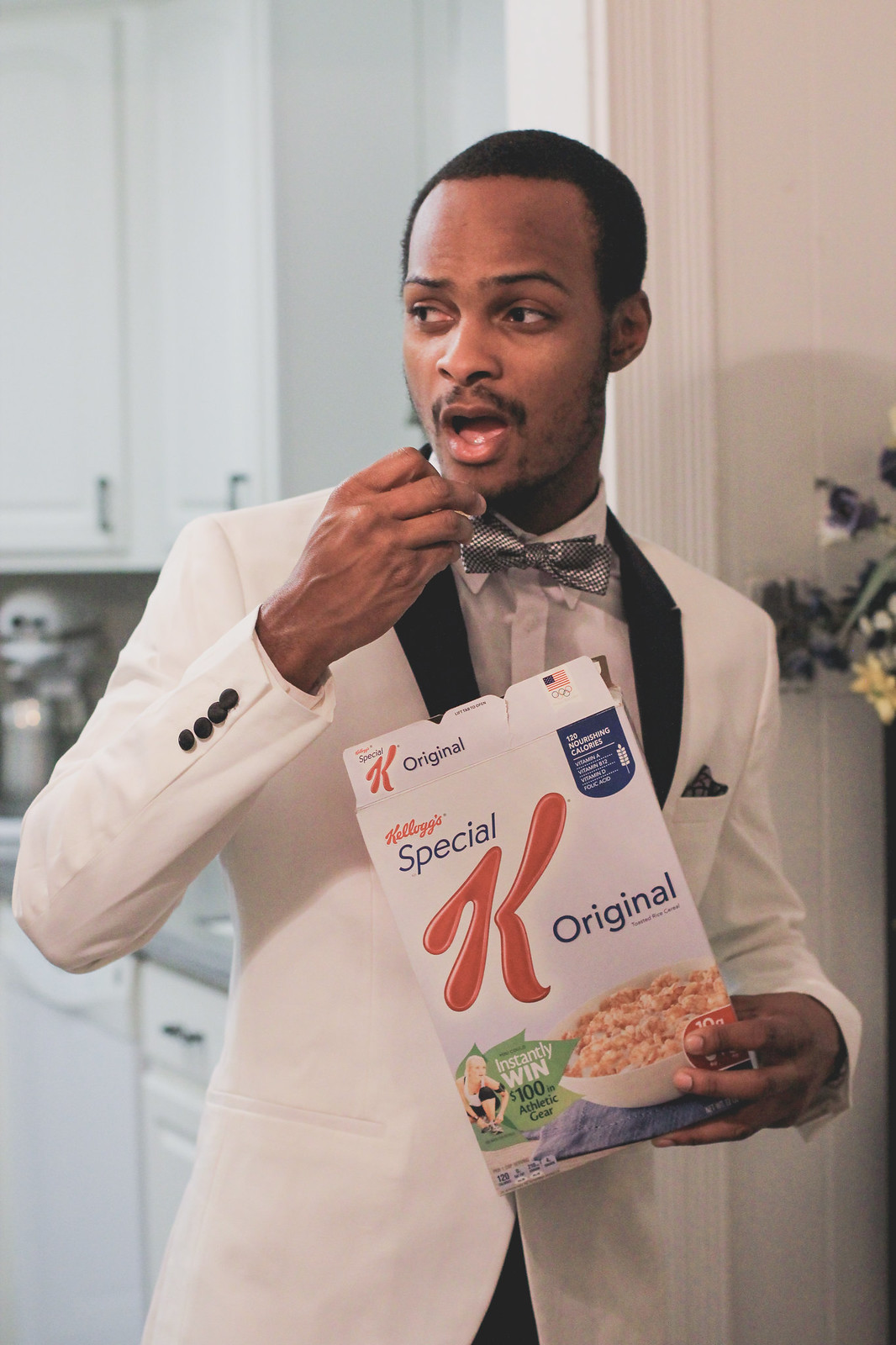 Instead of a silk black bowtie, Ian goes to the 1950’s and wears a houndstooth square-end one. This subtle difference (along with a patterned pocket square) sets his outfit apart from the other black tie gents you’ll encounter that evening. Black tie might be about rigid rules, but I can always appreciate a game changer like Ian! 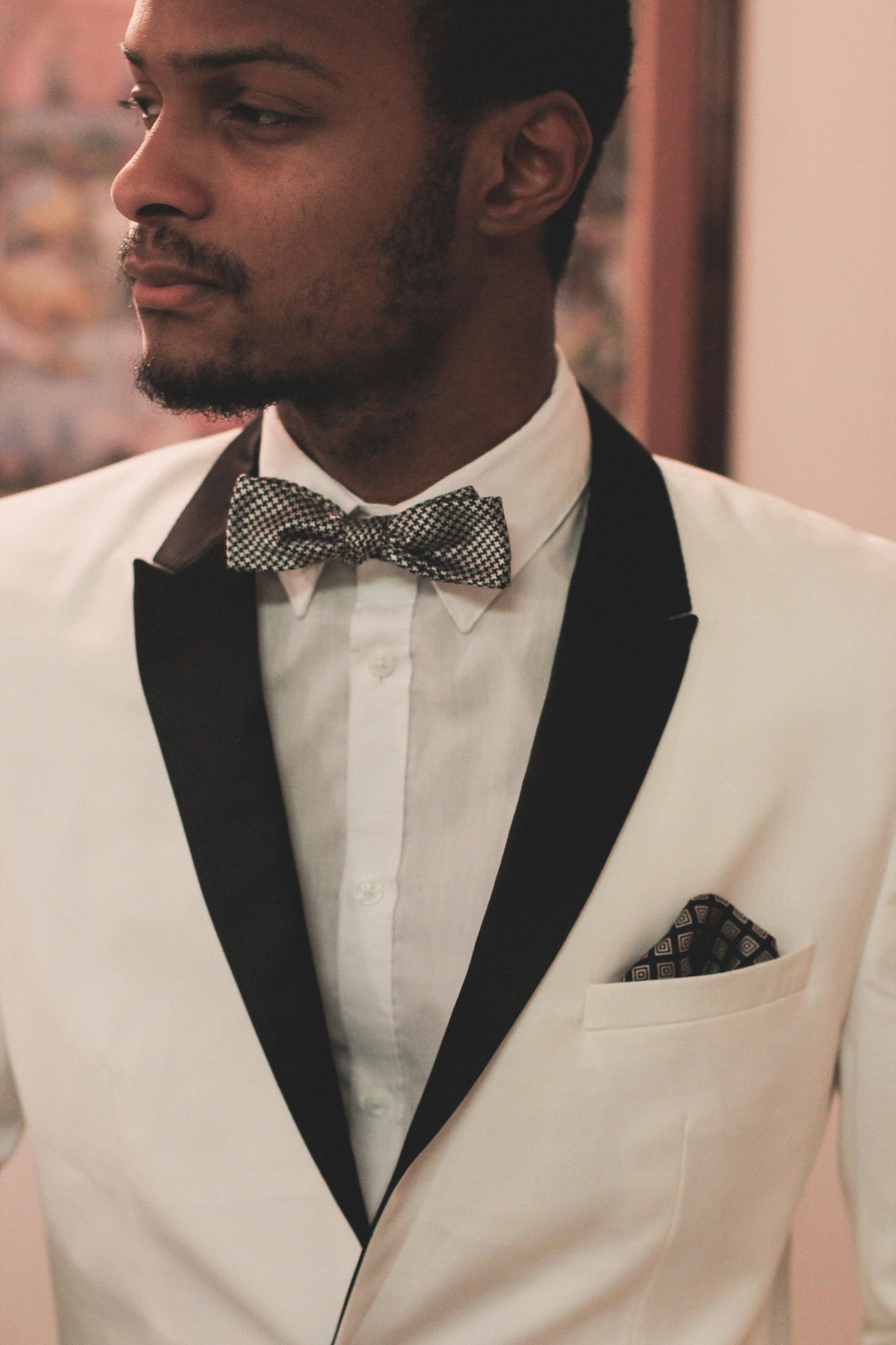 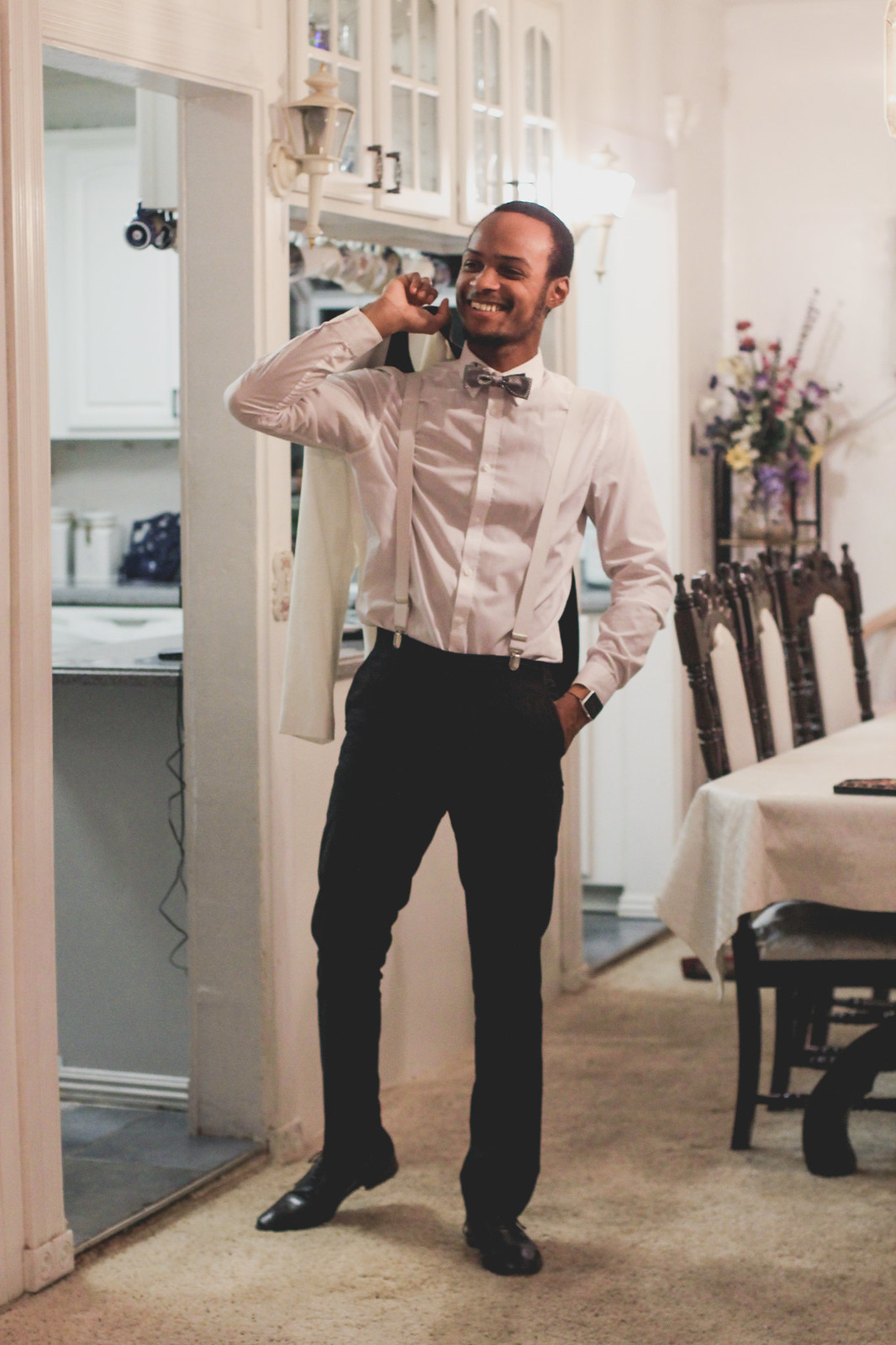 Bowtie from The Tie Bar, Shirt Pants, from H&M, Dinner Jacket from Forever 21 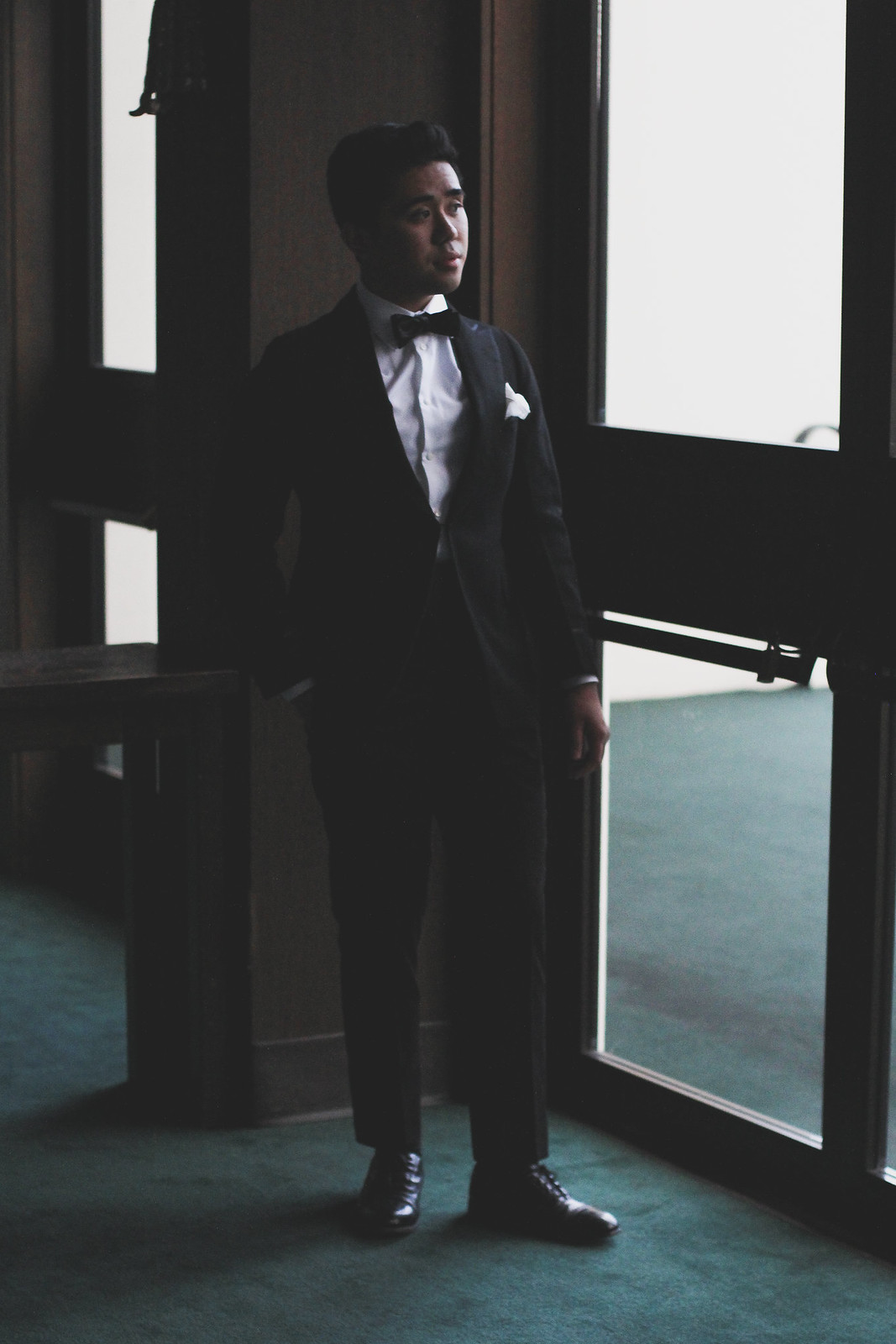 I don’t wear my tuxedo often, if you can’t tell already. However, I have three tuxedo styles in my closet: a double breasted one, a shawl collar, and a single-breasted peak lapel. For this NYE, I decided to go with my peak lapel once, due to its awesome design and fit. It has some dangerously peaked lapels along with a unique “toggle button”. Add high armholes and a slim figure and you’ve got an awesome tux, ready to go. 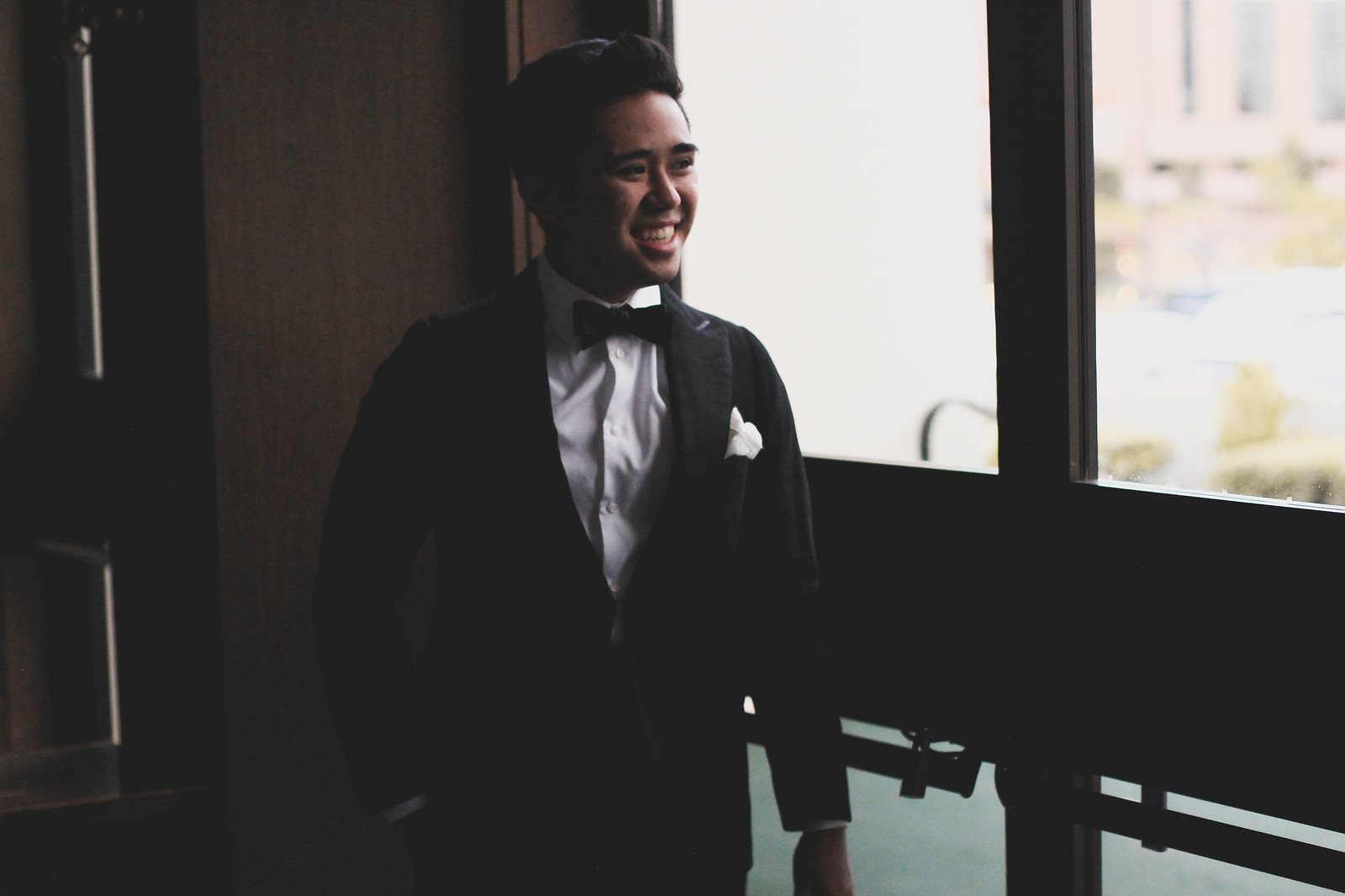 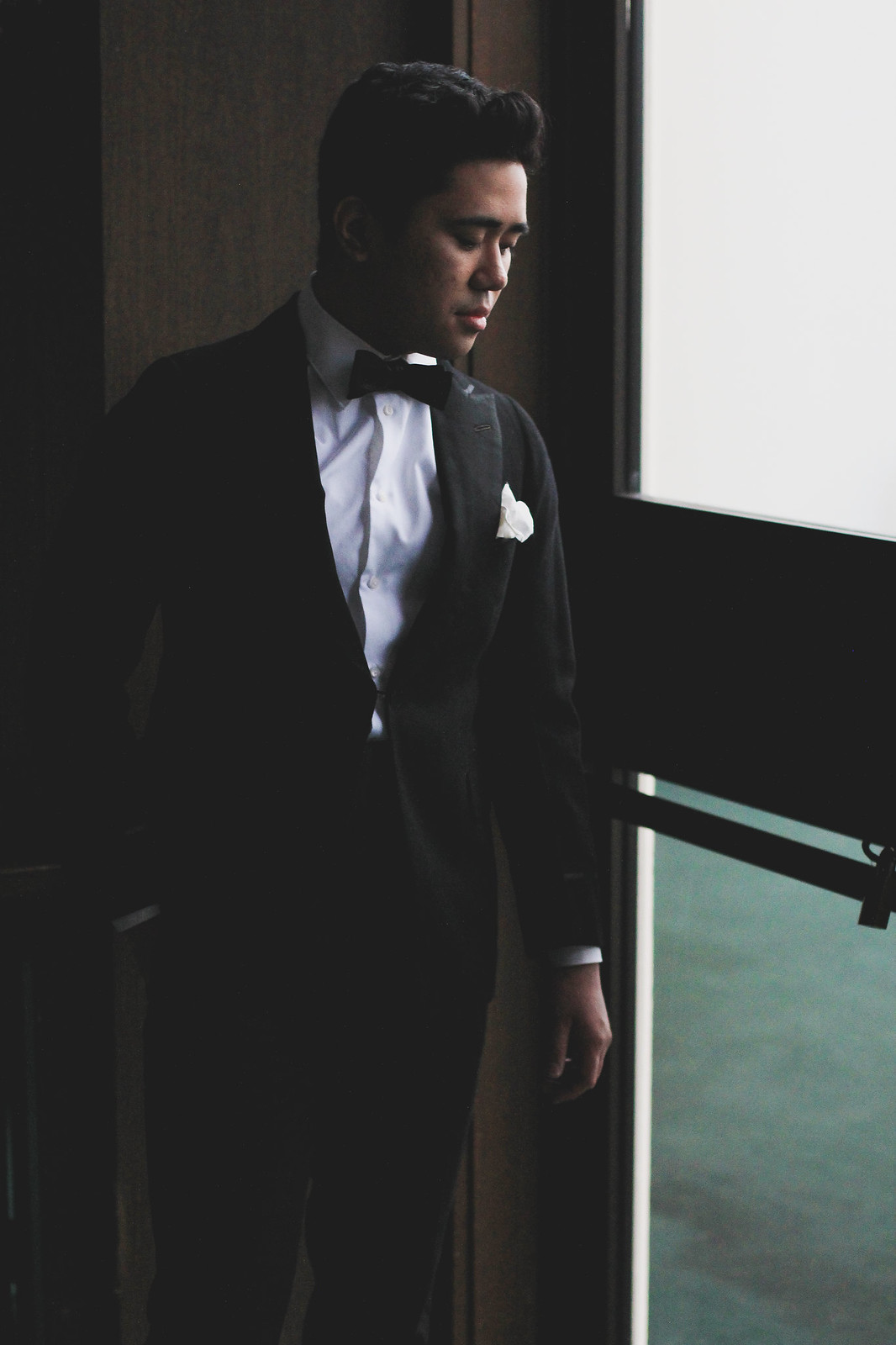 A cummerbund was originally used to catch crumbs when eating in your dinner wear. Now it’s used to cover the white shirt showing in your midsection when you fasten your jacket. As I’ve said before, your outfit should be a seamless transition of pieces: shirt to jacket to pants. Any interruptions in view are not wanted. You can see it in the following black and white picture. 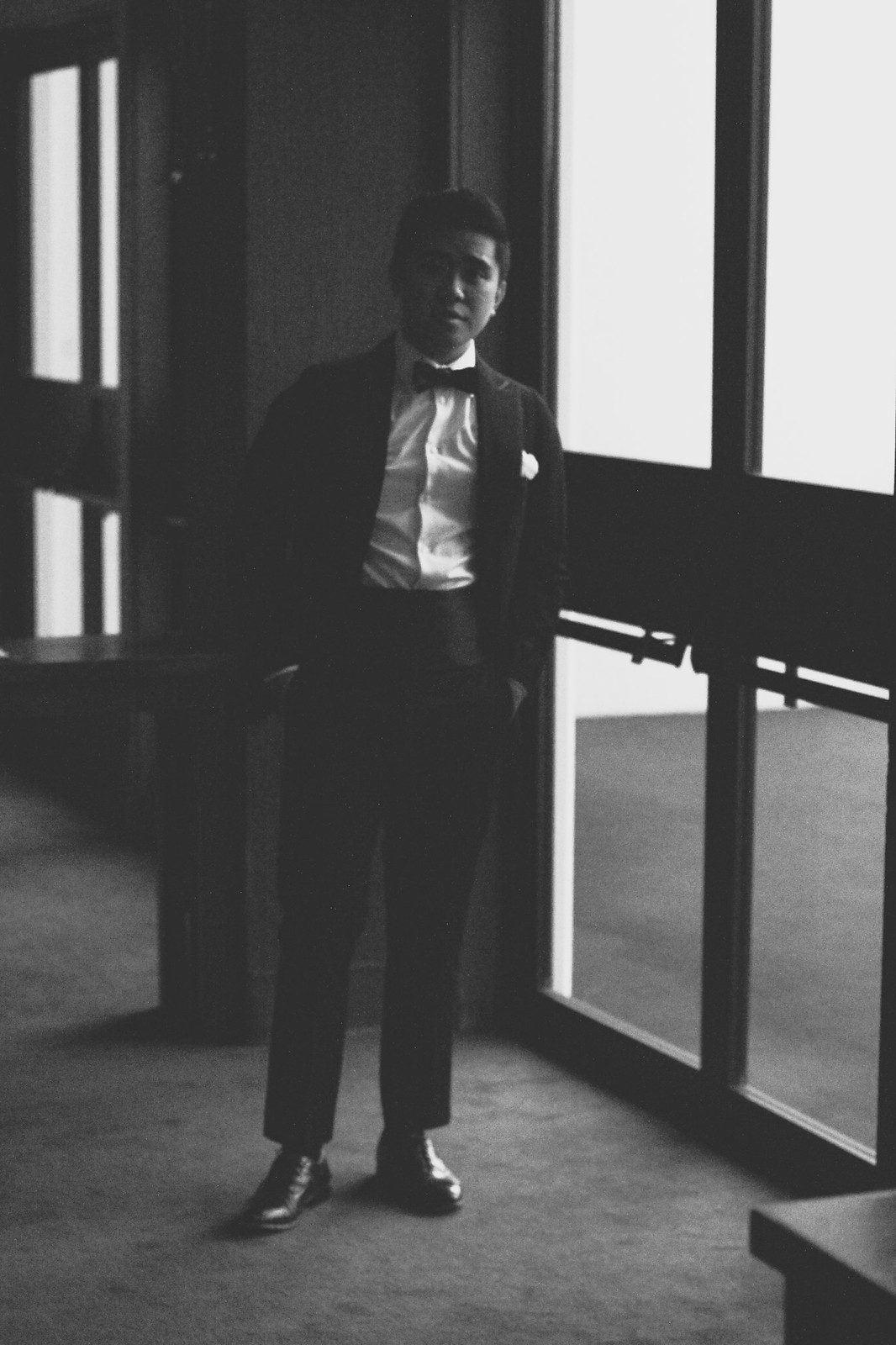 You guys all know that I am a firm believer that “details matter”. My main purpose of this blog is to show you that dressing well is all about creativity and putting your own spin on the classics! Most of you probably don’t have a good experience with a tuxedo thanks to proms or weddings. That’s why I purchased this tuxedo: it has all the cool, unique details (along with being vintage) that it stands out among the one’s you would normally get a rental place or Menswear house. This piece is one of my favourites and the fact that I only get to wear it once or twice a year makes it all the more special. 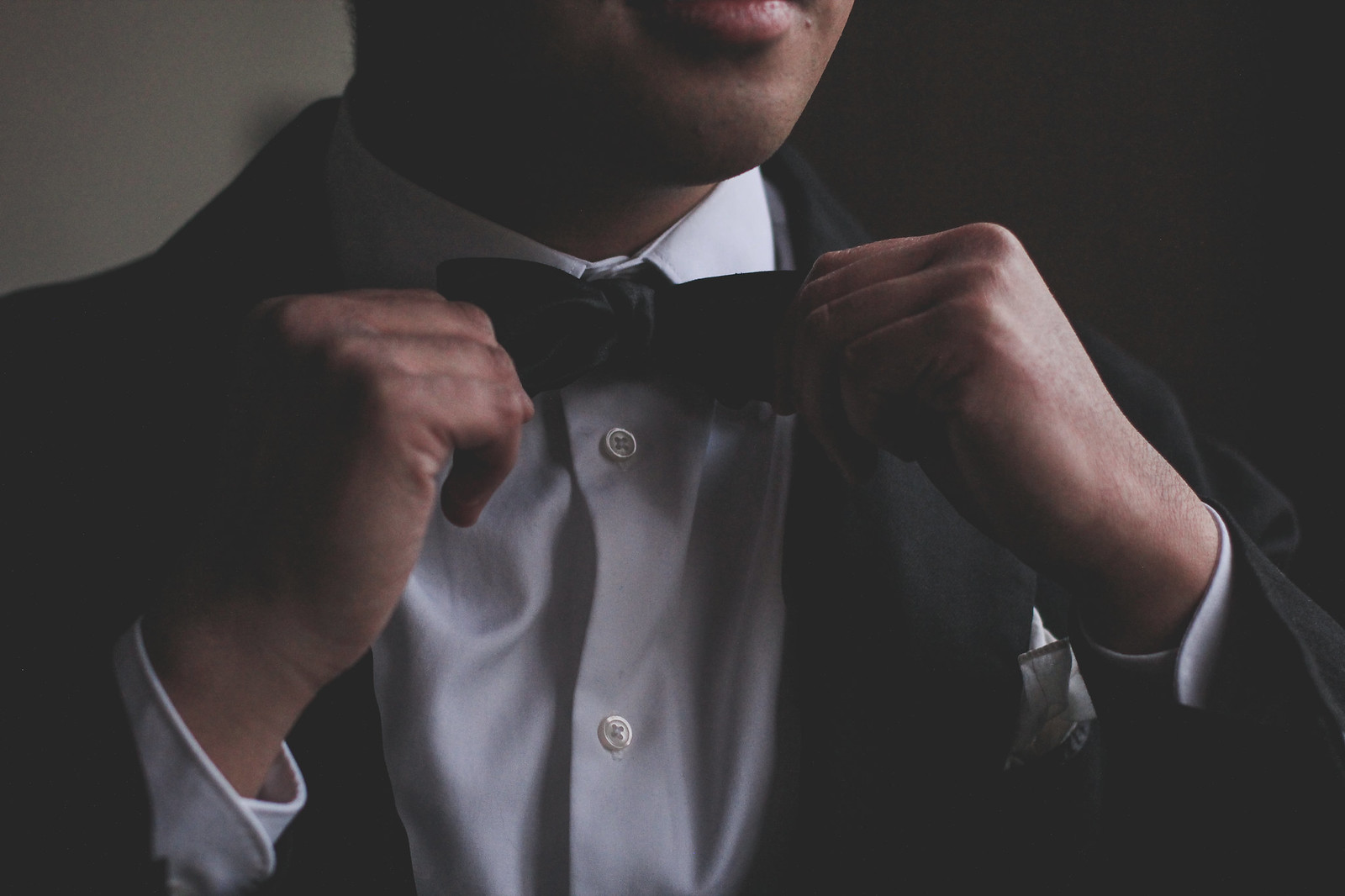 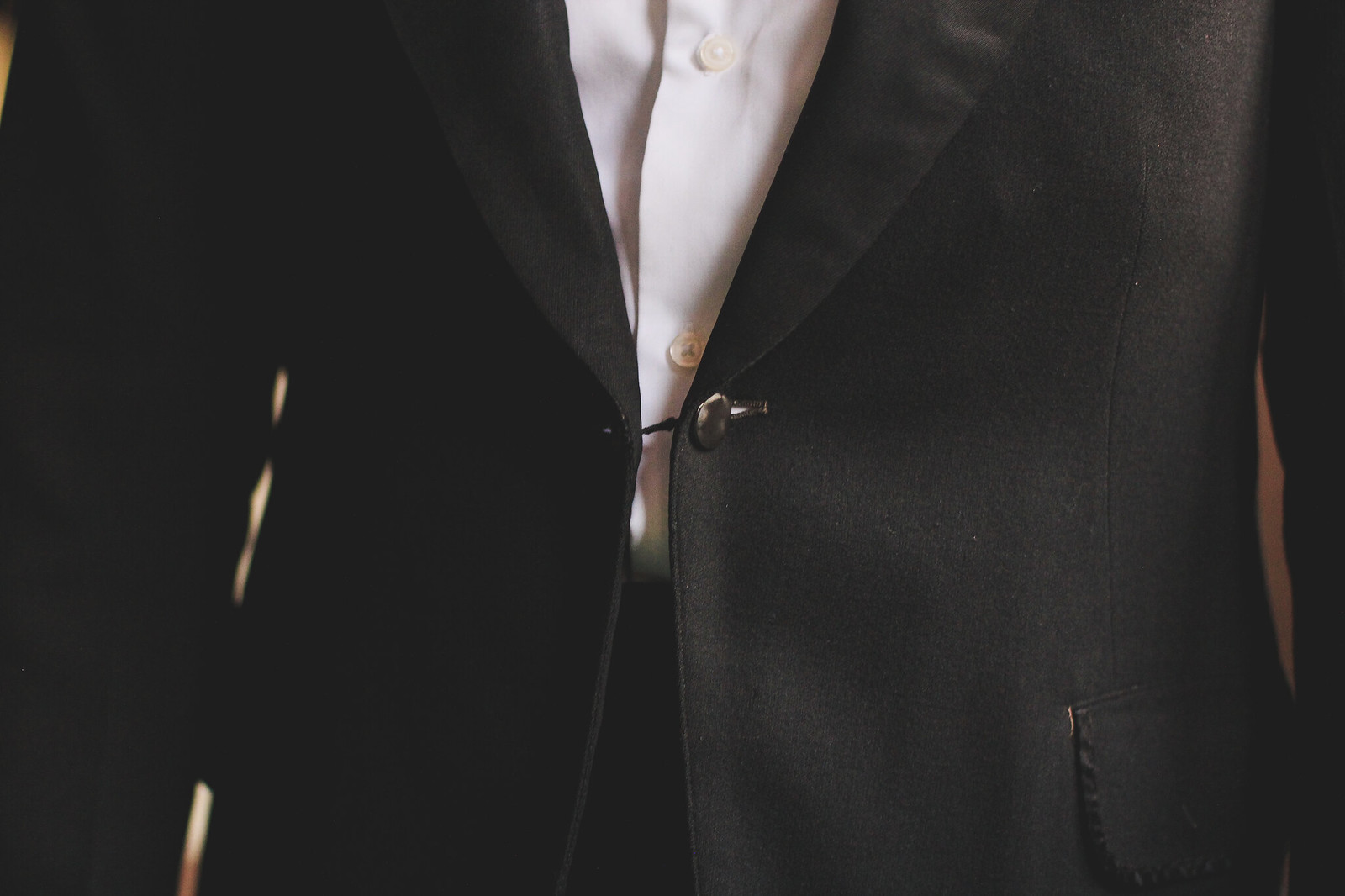 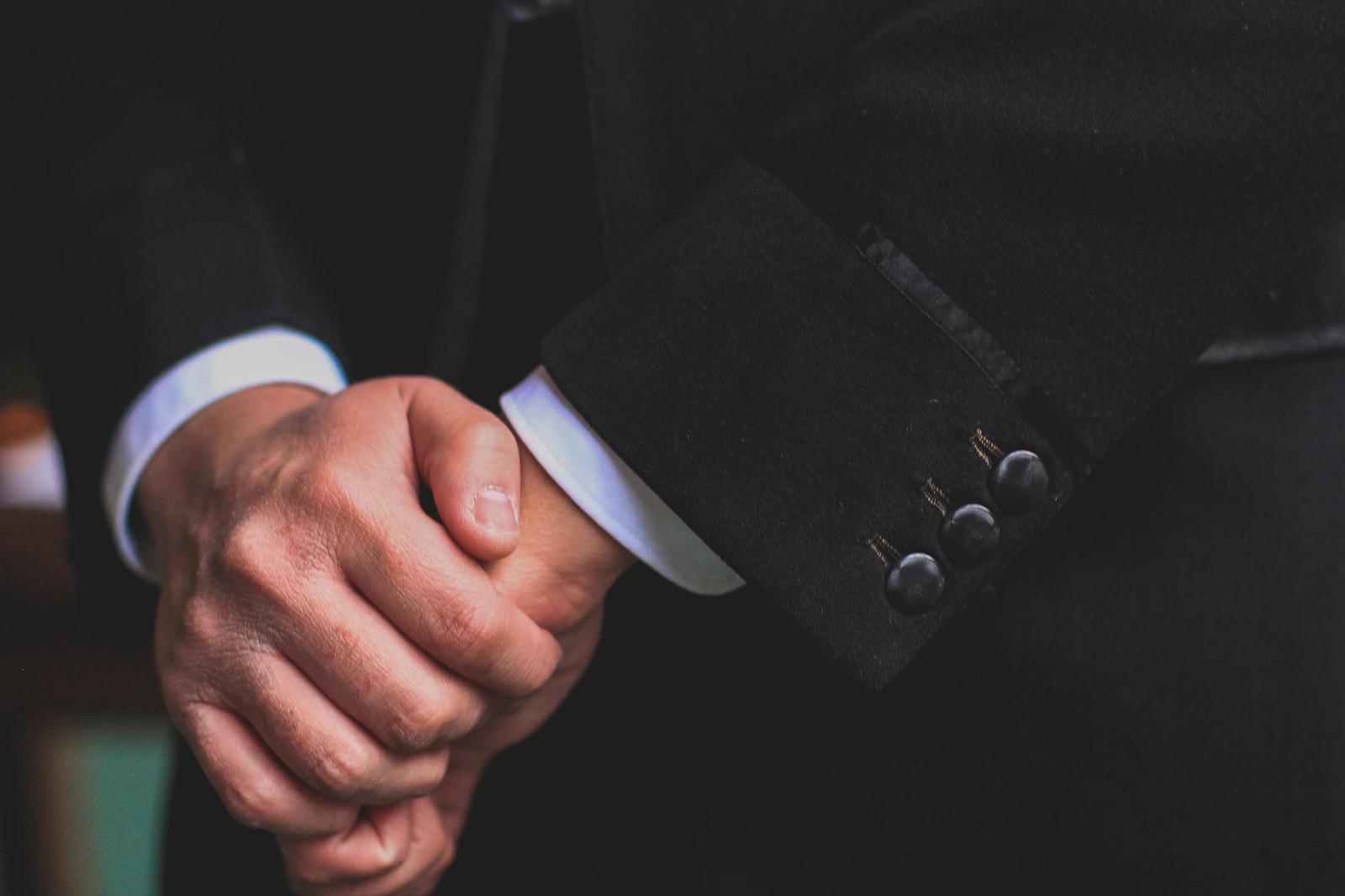 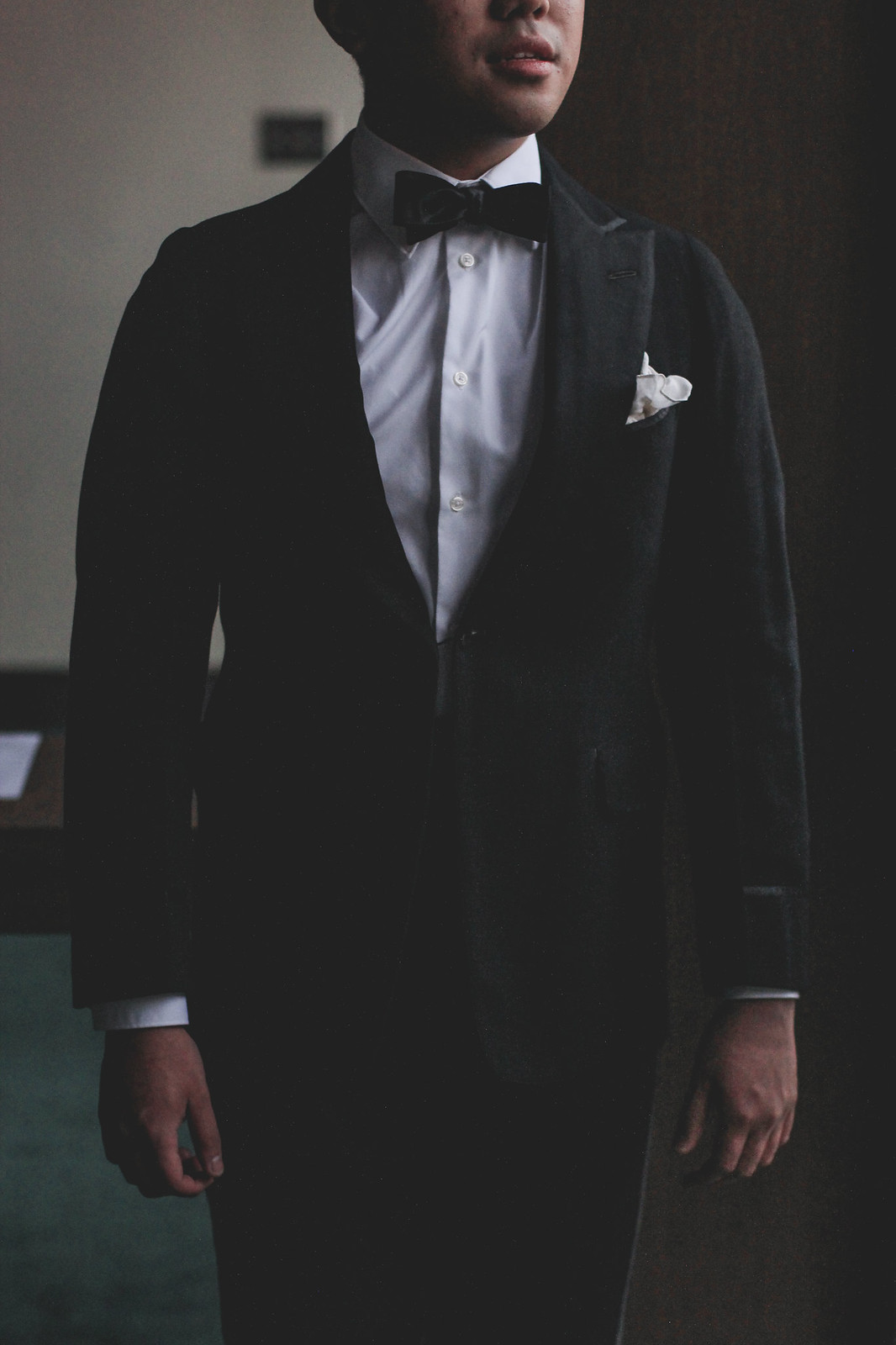 So what are you guys planning on wearing for New Year’s Eve? Are you going to wear a suit to a party or do you have a black tie event? Let us know by commenting below!