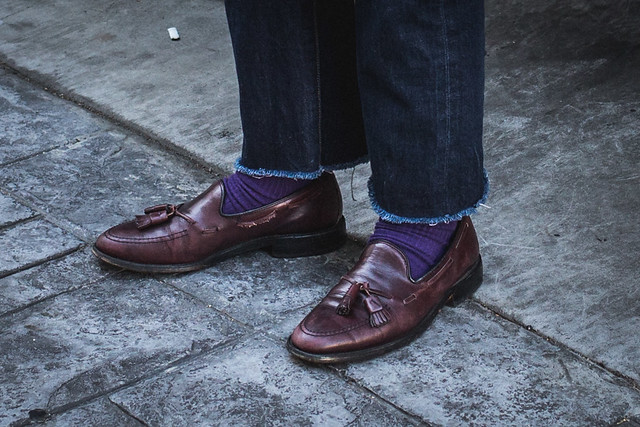 Trust me, it adds character!
END_OF_DOCUMENT_TOKEN_TO_BE_REPLACED 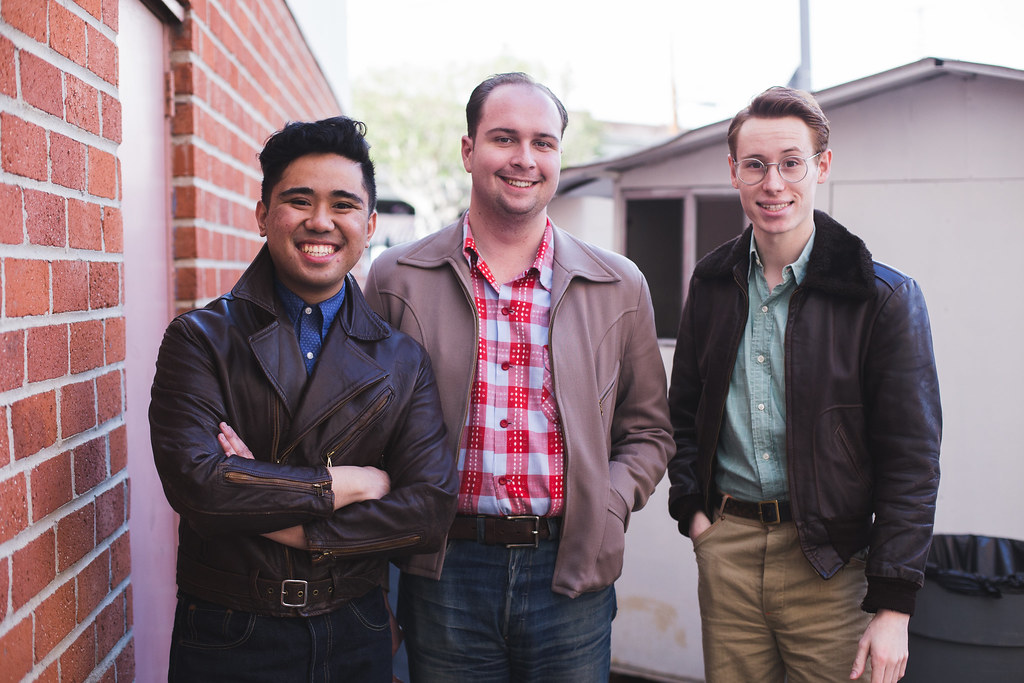 The guys and I are no stranger to vintage clothing.  Whether it’s true vintage suits  or even putting together something “vintage casual”, we definitely love vintage.  While the former has a very niche following (the vintage community as I affectionately call it), the latter is huge in the mainstream society.  With loop collar shirts, cool sweaters, and straight/wide selvedge denim, this special breed of vintage enthusiast is typically what most people tend to go for when they want a “vintage look”.  There isn’t a huge tradeshow like Pitti Uomo, Inspiration LA is the event to go to if you like that look.  It’s certainly a great place to go to see some of the coolest vintage pieces (that still exist) as well as some of the best dressed guys in the world that aren’t in suits.

END_OF_DOCUMENT_TOKEN_TO_BE_REPLACED

I’ll admit that sneakers weren’t always my thing.  At first, I looked down upon sneakers as a plebian shoe, only meant for people who couldn’t handle suits and dressy clothes.  Then I matured and learned through GQ and MFA that sneakers are actually very versatile and can work with a lot of different outfits.   My first real foray into the sneaker world was the Nike killshot.  For my second sneaker purchase, I went back to J. Crew and got their Onitsuka Tiger in navy blue suede.  At $50 bucks, it’s my new favourite sneaker.

END_OF_DOCUMENT_TOKEN_TO_BE_REPLACED 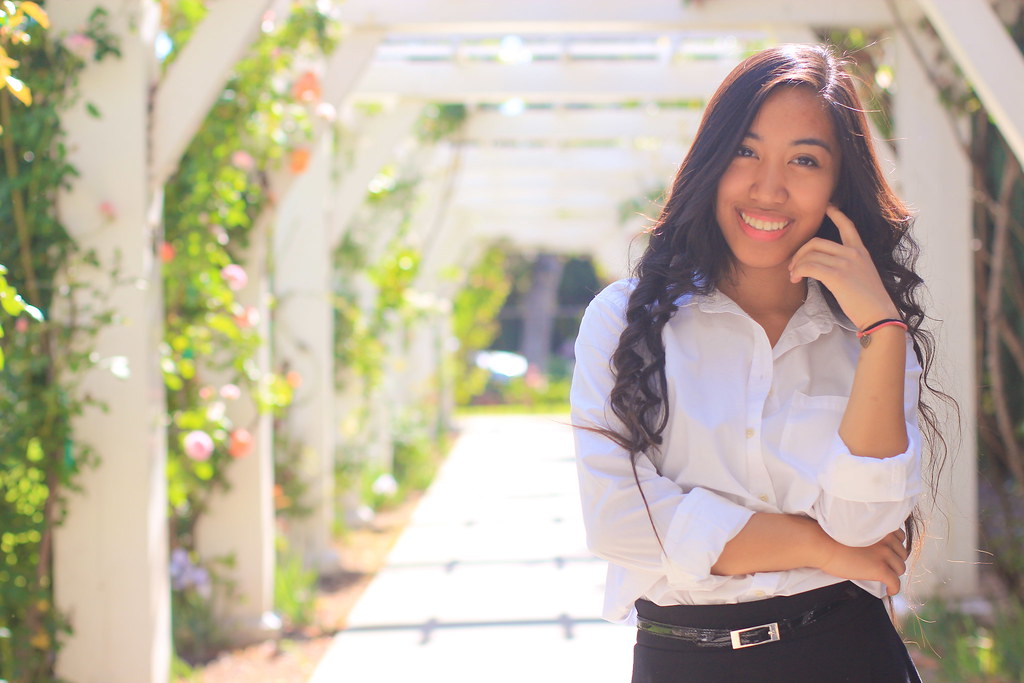 I wasn’t planning on doing a full blog post today, but the fact that everyone looked great and that there was a garden in the park warranted a need for one!  Here, we show you some basic picnic styles on everyone!  Before, “American sportswear” was the term for clothes that were meant to be worn casually.  Now, you can literally wear anything everywhere.  So check out what everyone brought to the table!  Each person’s outfits really shows their personal style.

END_OF_DOCUMENT_TOKEN_TO_BE_REPLACED 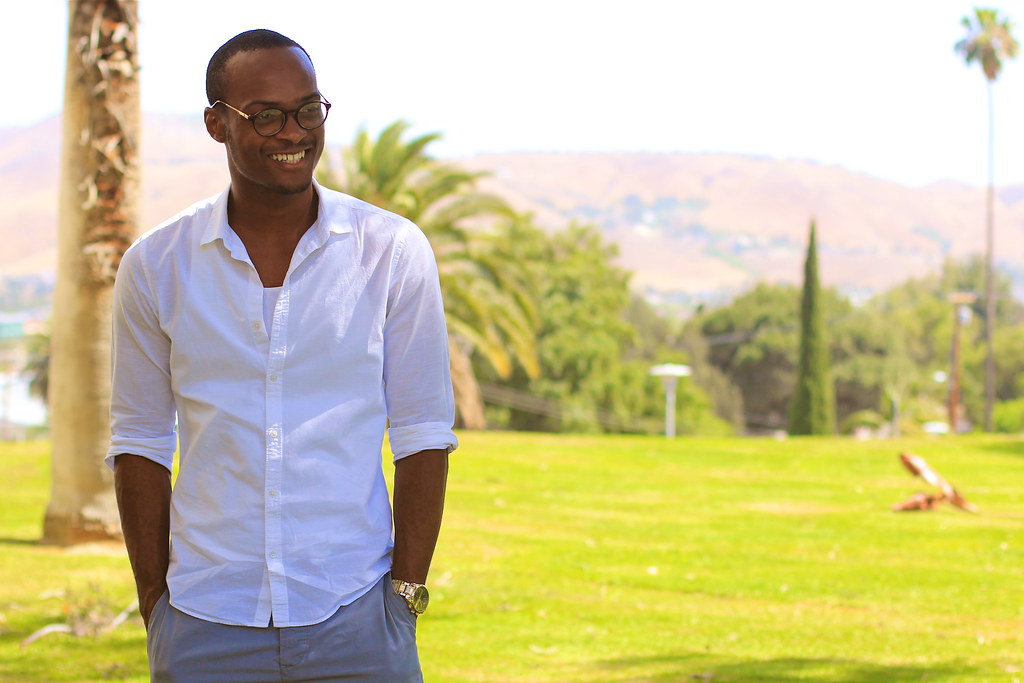 END_OF_DOCUMENT_TOKEN_TO_BE_REPLACED

Everyone had those “color block” days in high school.  Heck, it carries over today.  It’s easy just picking all of the same color and wearing it to class to give a monochromatic look.  Here we explore taking those color block ideas and turning them into something that can be mature and cool to wear around your campus! Just remember two main ideas when pulling this off:

1.  Wear differing shades in your articles of clothing

2. Use patterns to set each piece apart!

END_OF_DOCUMENT_TOKEN_TO_BE_REPLACED

Valentine’s Day is this week! It’s that time of year where you pull out all the stops, dress yourself to the Nine’s, and ask that gal you’ve been eyeing in class on a Valentine’s date. Now hopefully she will have said yes, so what are you supposed to wear? What does the occasion call for? Are you going to the beach, having a picnic at the park, or taking her out to a swanky restaurant? Fear not confused gentleman, we have a guide just for you.

END_OF_DOCUMENT_TOKEN_TO_BE_REPLACED

This weekend I was able to go to the 2015 Vintage Fashion Expo in Downtown Los Angeles.  Vintage fashion is a personal hobby of mine.  While I do love wearing modern clothes, there is something about the cut and patterns of the 1920s-1950’s that interest me.  So this weekend, I went to the Expo wearing one of my favourite and most unique vintage pieces.  I was also able to snap a few shots of people’s fashion  that I enjoyed!

END_OF_DOCUMENT_TOKEN_TO_BE_REPLACED

Like we said before in our preppy post, khaki is one of the colors everyone should absolutely own in their wardrobe.  However, sometimes buying “off the rack” doesn’t help.  Everyone has a different body type, so what works for one may not work on the other.  So for this challenge, we both took a pair of khakis , tailored them and then put on a quick outfit to show you just how amazingly diverse and amazing khaki trousers are.  And as always, we’d like to know which style you liked better.