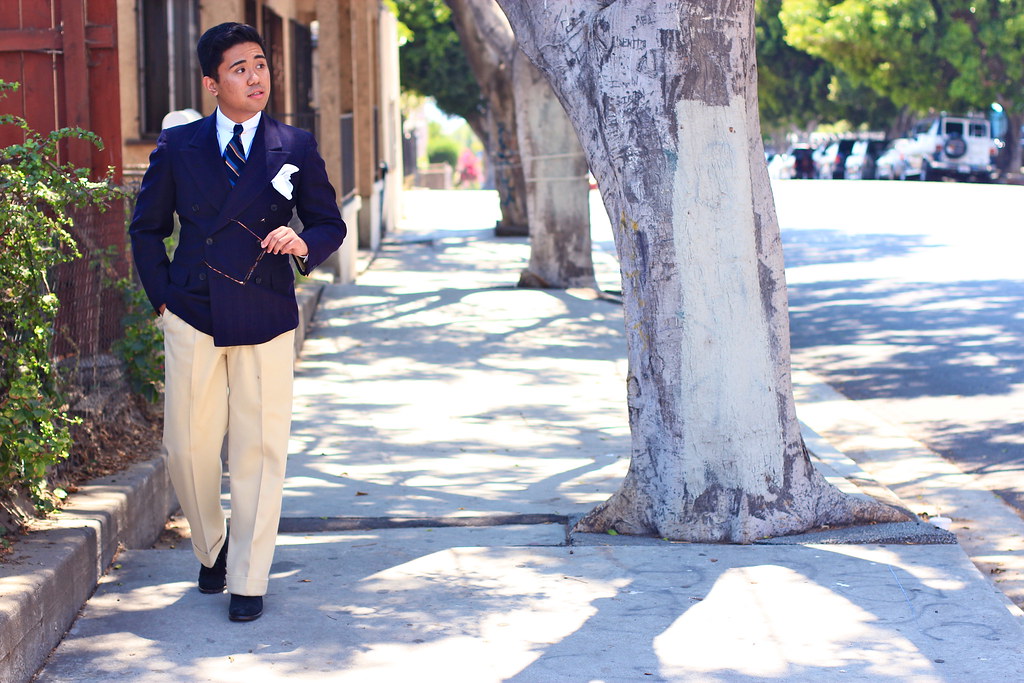 Fourth of July just passed and we decided to showcase some classic American style to show our Patriotism!  Even though our country isn’t perfect, it’s still a great time to show some patriotism by using our outfits to showcase our country’s colours and styles of yesteryear! 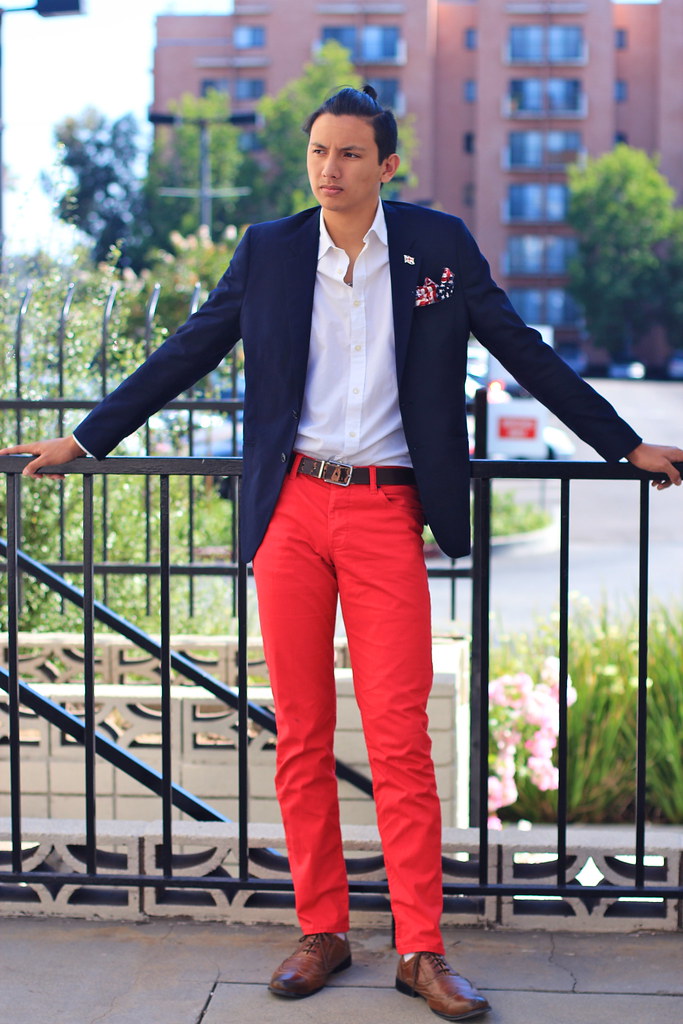 The American prepster has a special place for salmon pants, but these simply deep red.  Showing off our Grand old Flag’s signature Red, White, and Blue colors in his outfit, Adam surely stands out from the other outfits we’re going to showcase today.  There’s not much to say about his look, other than the fact that its a great casual outfit that can be repeated in different colors.  I believe that the key to pulling off such a bold look is fit, and Adam definitely has that down.  His pants are slim with no breaks and his blazer and shirt fit impeccably. 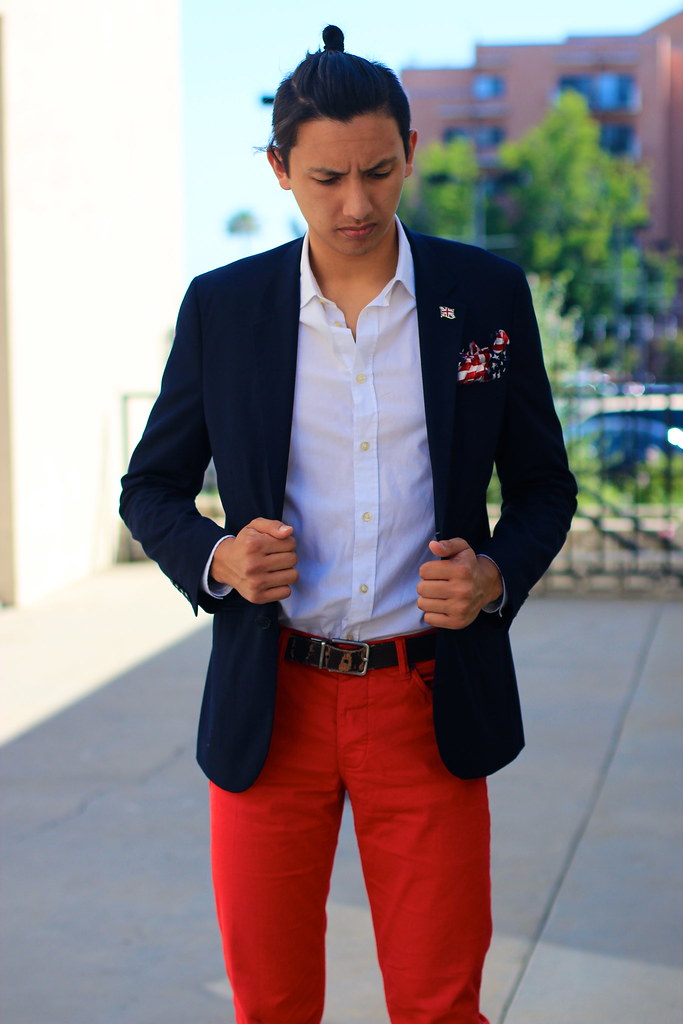 Check out his pocket square:  it’s Old Glory! His outfit just exudes America, with the exception of his lapel pin.  His family has British roots and he thought it would be great to show off that heritage (and get a few laughs or weird looks). 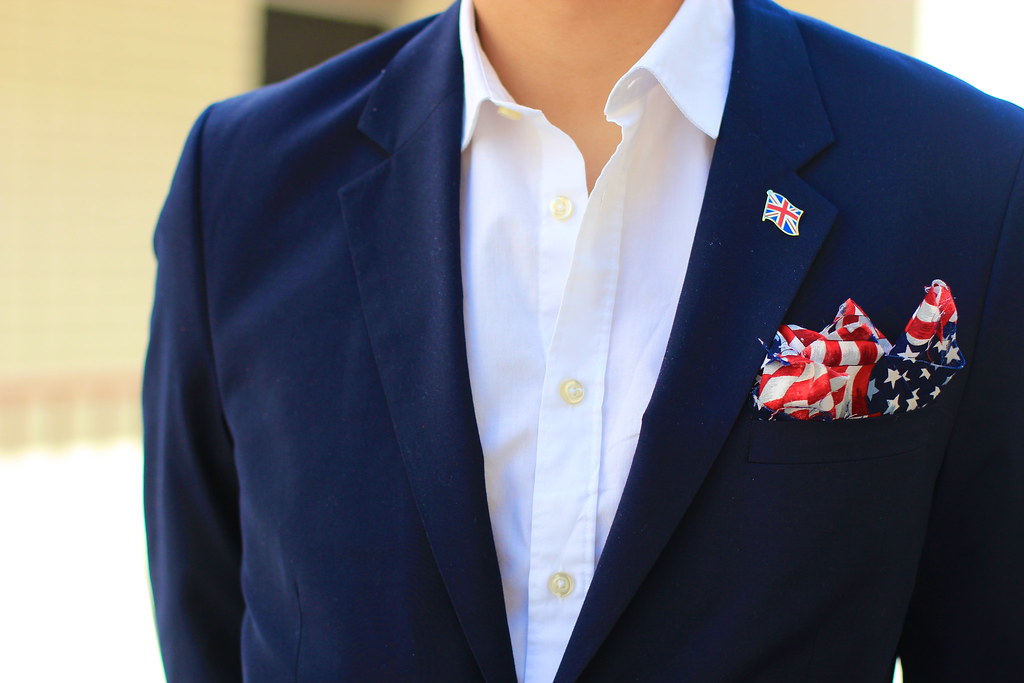 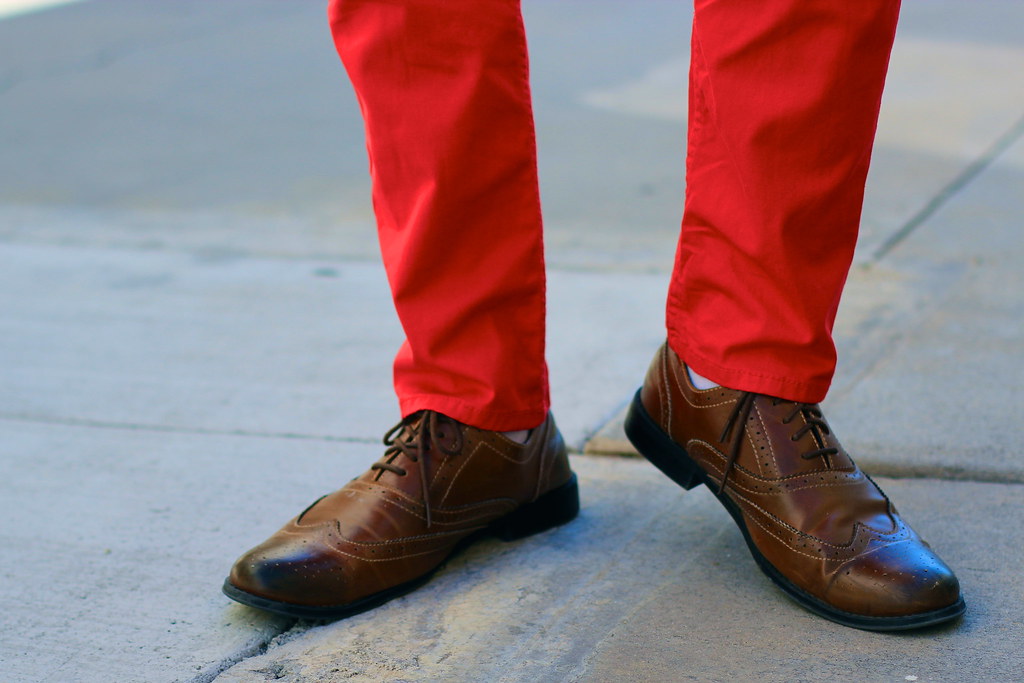 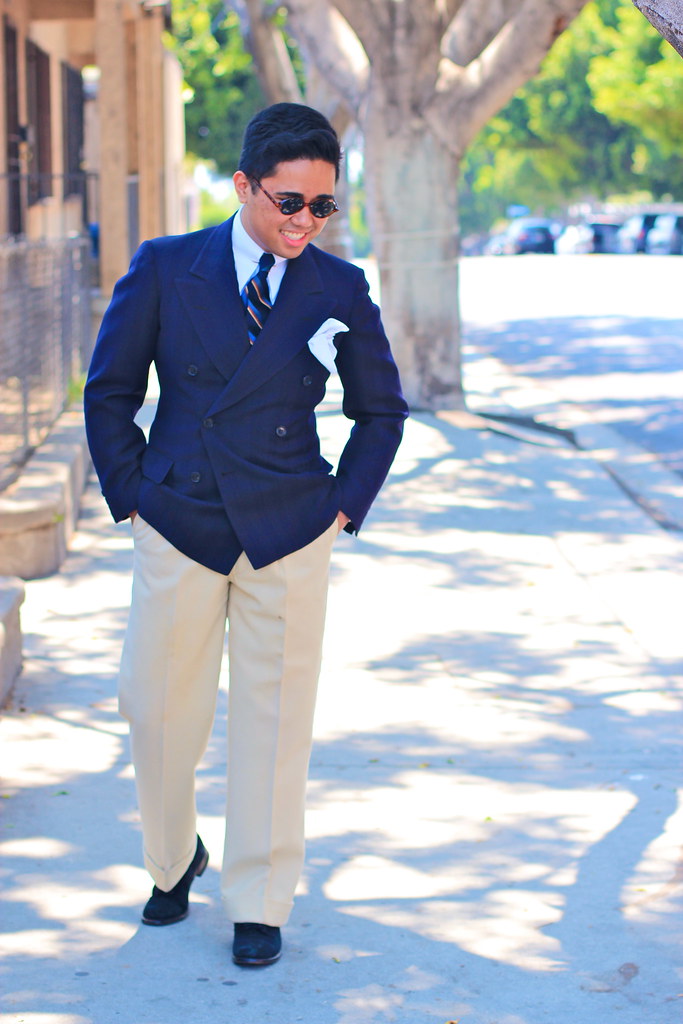 While prep today is characterized by pants in multiple colors, I decided to keep my look truly old school.  Nothing exudes conservative prep with cream pants and a nice blazer.  Blue and white are natural buds, so wear them together when you have a chance!  This combination is cool and perfect for summer. 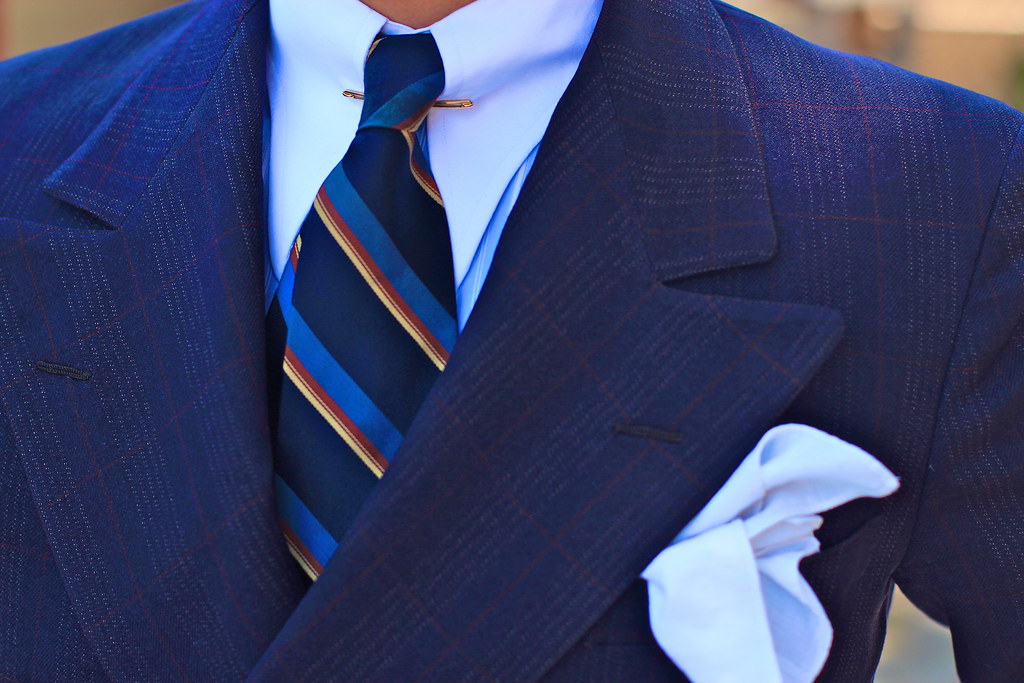 Just like Adam, my outfit has got the colors of Old Glory.  While the cream pants and the blue striped tie are a no brainer, the real crazyiness is in the jacket.  Its a gorgeous deep navy, with a red windowpane and white stripes.  People assume that blazers have to be the typical “navy blue with brass buttons” nonsense, but I say a blazer can have patterns and textures.  Heck, this blazer is actually a suit jacket!  It still gets the job done and is a great way to get the most out of your suits. 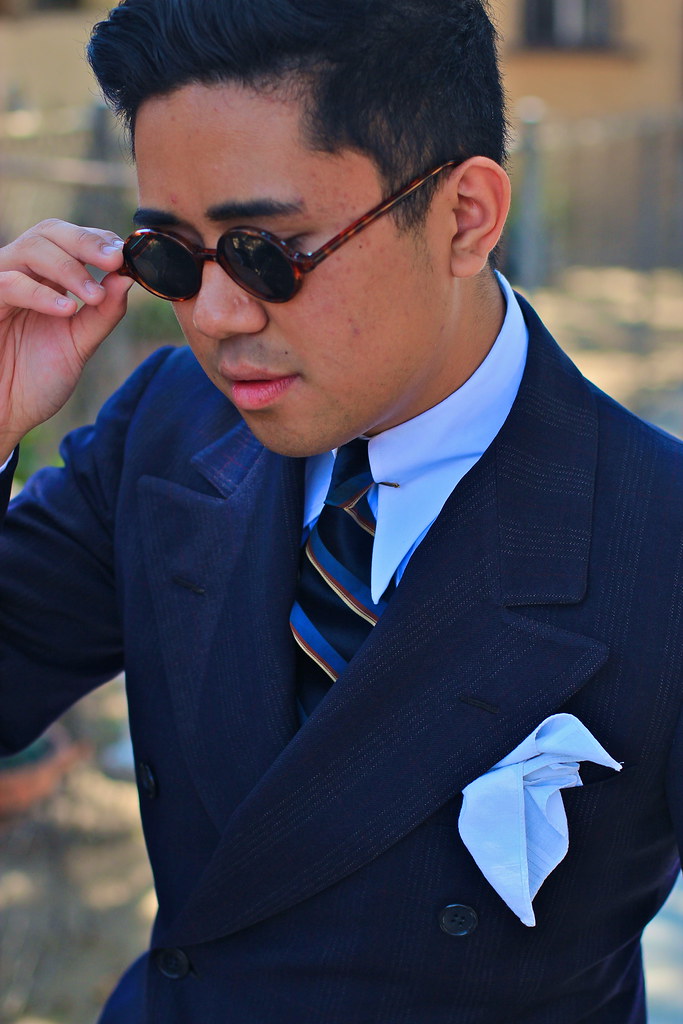 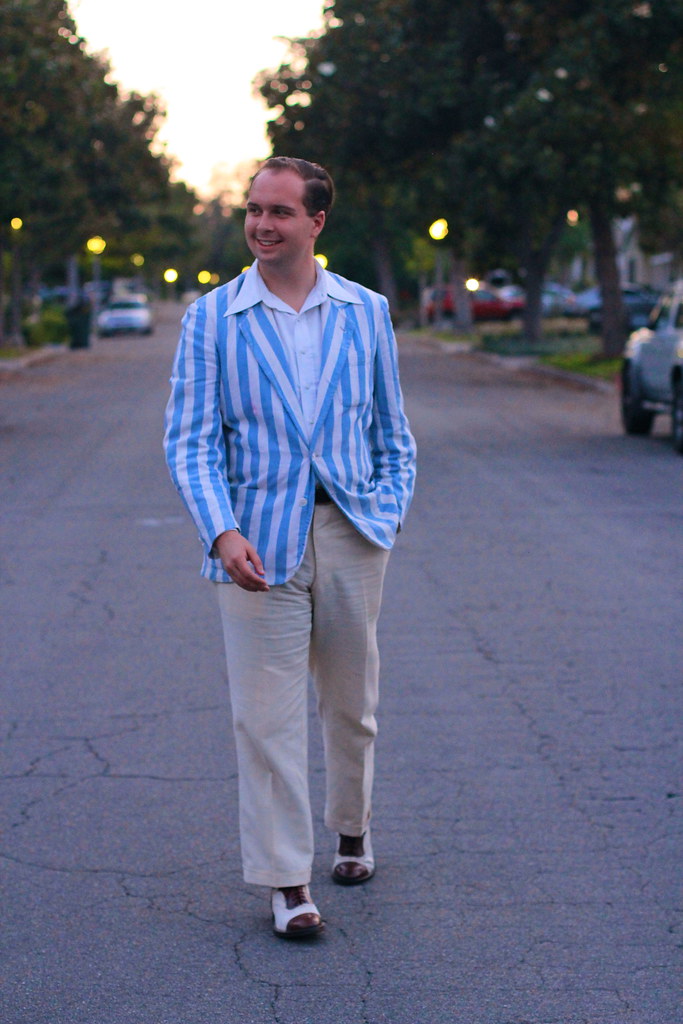 Spencer shows us what true college students wore in the 1920’s.  Marked by regatta blazers, white pants, and spearpoint collars spread out and opened, 1920’s American Ivy students nailed the “casual but classy look”.  Spencer joins them in his own interpretation of this style.   He wears a baby blue striped regatta blazer from the 1940’s with 30’s pants and shoes.  Most of the time, these types of blazers have red stripes which send them into the realm of costume and ridicule.  If you want a regatta blazer, follow Spencer’s example and get something other than red.  Wear the jacket with white pants and you’re good to go. 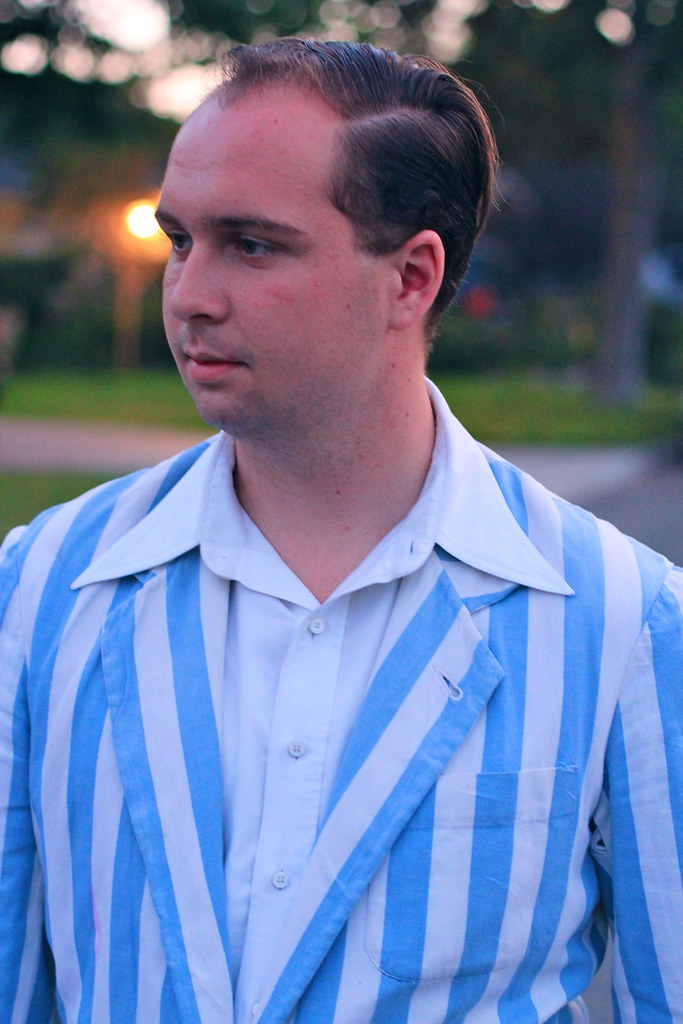 Let me just take a moment to talk about his spearpoint collar.  We’ve seen Spencer and I wear these types of collars, but this is the first time it has been worn without a tie.  You might think this is a 70’s look, but these types of collars are vastly different.  The telltale difference is in the point of the collar.  The 30’s and 40’s had a dramatic triangle shape, with the neck part of the collar being thin before curving hard into the spearpoint.  In contrast, 70’s point shirts had a less dramatic change since the neck part was already thick.  As you can see above, Spencer’s collar tends to point downward more instead of out (which is 70’s). 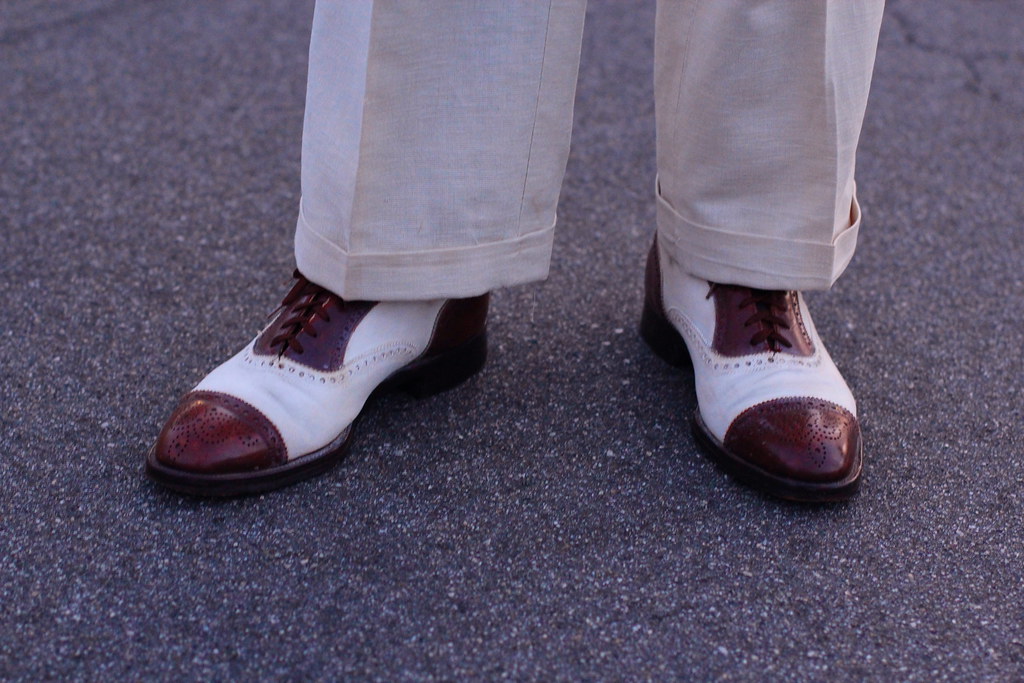 I hoped you enjoyed some of our American Style!  Let us know which one was your favourite below!